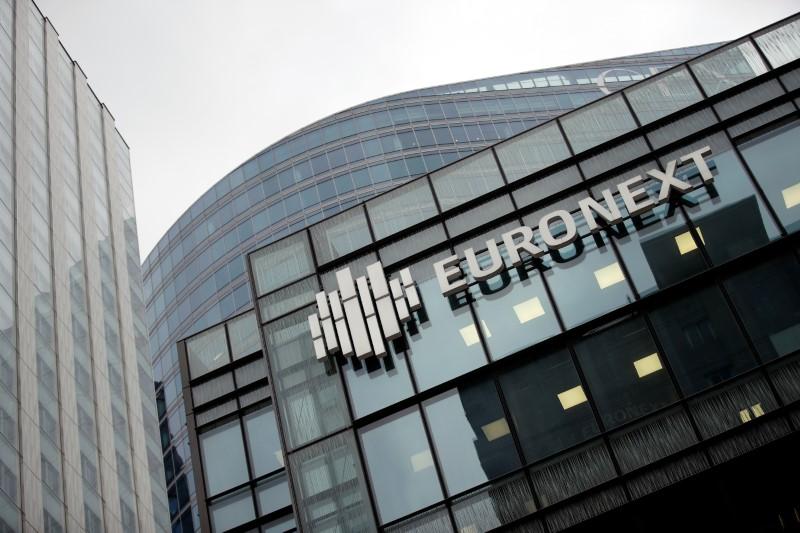 LONDON (Reuters) -Pan-European financial markets operator Euronext said on Thursday that it had resolved the technical glitches which knocked out index derivatives trading for nearly four hours earlier in the day.

Euronext, which runs the Paris, Milan and Amsterdam stock markets among others, said earlier index derivatives contracts had been suspended, although trading in other areas was not affected and proceeding as normal.

The latest glitch in index derivatives – which allow holders to buy contracts at pre-determined prices – comes at a sensitive time for the market operator, which controls nearly a quarter of the equity trading flow in Europe after its successful acquisition of Borsa Italiana last year.

It is the second such outage this year, on top of a more widespread stoppage in October 2020 when a disruption to derivatives and cash trading from Dublin to Paris forced traders to sit on the sidelines for hours.

Euronext said the cause of the outage, which began shortly before 0700 GMT, had been resolved and trading and the post-trade process on other segments was taking place as normal. It did not elaborate on the cause of the disruption.

When outages hit U.S. markets, investors can seamlessly migrate their trading onto other exchanges, but Europe does not have any back-up system in place and the issue has become more urgent as exchanges across Europe have embarked on a consolidation spree. Euronext operates six major stock markets in the region.

While trading of stocks can also be done on other platforms such as Cboe Europe, Aquis and Turquoise, traders generally use Euronext as the reference market.

Unlike cash trading, which was largely unaffected by the disruption on Thursday, outages are slightly different in the derivatives market where there is less competition among trading venues.

Usually derivative contracts are traded on a single exchange but increasingly other operators are also vying for a piece of the pie. Cboe Europe, the largest alternative venue operator on the continent, plans to launch a European equity derivatives exchange in September.

In a paper published in May, Cboe Europe and Aquis Exchange proposed an industry-wide plan to respond to primary cash market outages, which would see them handle much of the process following a glitch.

Reporting by Sudip Kar-Gupta and Saikat Chatterjee in London; editing by Raissa Kasolowsky and Pravin Char