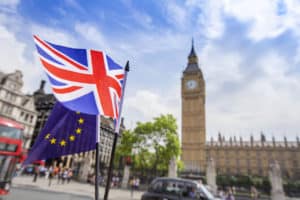 The UK has confirmed plans to axe the open access regime aimed at increasing competition in cross-border derivatives trading and clearing in the latest sign of regulatory divergence from the EU post-Brexit.

The decision follows a review of the open access regime by the HM Treasury in December to assess its suitability for the UK markets as they no longer fall under the jurisdiction of EU regulation.

Under the regime, trading venues and clearing houses can allow non-discriminatory access to their services, meaning traders can trade a future on an exchange and clear it at a central counterparty (CCP) owned by a separate group.

The UK had largely been in favour of the rules with London-based clearinghouse LCH already operating an open access model. However, other clearinghouses such as Eurex and ICE operate under a vertical model meaning that derivatives traded on their exchanges must be cleared through their own CCPs.

The implementation of open access has been hit by several delays. In June, the European Parliament confirmed the regime would be delayed for one year until July 2021 just two weeks before it was due to imposed because of disruptions caused by the coronavirus pandemic.

“HM Treasury has concluded that the open access regime for ETDs, which was originally designed to improve cross-border capital markets in the EU, is not suitable in a UK-only context,” said the HM Treasury in its statement.

The Treasury added the open access regime will remain in place for equity and over the counter derivatives, and that it will conduct a broader review of the wholesale financial markets to increase future openness and competitiveness.

“This ruling further evidence of the negative consequences of the UK leaving the EU. The UK had originally been all for open access, allowing for market participants in exchange traded derivatives the freedom of choice for clearing their contracts,” Vuk Magdelinic, chief executive of Overbond, commented on the development.

“With Brexit however, and in spite of the advantages of such a regime across Europe from a free flow-of-capital perspective, the Treasury undoubtedly viewed these to be largely nullified when implemented on a stand-alone national basis.”

The decision to remove open access is the latest move in a series of regulatory divergence by the UK away from EU law following Brexit. In April, the UK Chancellor set out ambitious capital markets reforms that included the removal of the double volume caps (DVCs) relating to dark trading and the share trading obligation.

While last week it was confirmed that certain research rules and best execution reporting requirements under MiFID II could be axed in the UK.