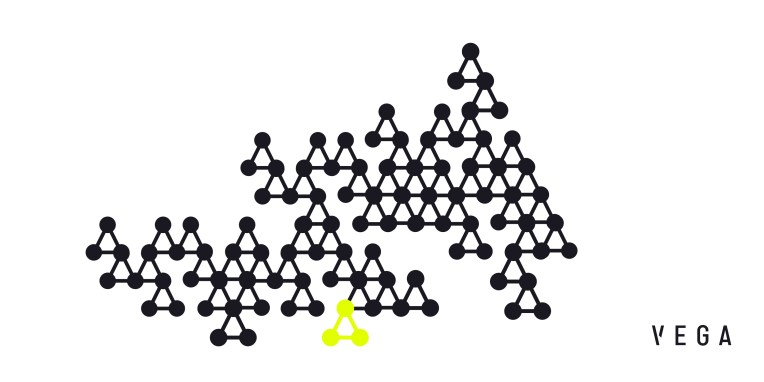 Vega, a startup that is building a decentralized protocol for creating and trading on derivatives markets, has raised $5 million in funding.

Arrington Capital and Cumberland DRW co-led the round, which also included participation from Coinbase Ventures, ParaFi Capital, Signum Capital, CMT Digital, CMS Holdings, Three Commas and a slew of others. The new investment brings Vega’s total funding raised to more than $10 million, according to Crunchbase data.

Vega founder Barney Mannerings launched the Vega project in 2018 with the mission of giving anyone the ability to create and launch a derivatives market. The company claims that by eliminating centralized gatekeepers and decentralizing governance, it can allow for instant settlement, remove conflict of interest from markets, reduce fees and enable the throughput necessary for high-volume derivatives trading. In short, it claims to be realizing the promise of blockchain technology applied to financial business models, which is mostly around eliminating operators sitting in the middle that essentially profit mainly by passing money from one party to another.

“By allowing anyone to create and launch a derivatives market, we aim to give people the tools they need to hedge risks unique to their region, profession or situation,” Mannerings said. “Derivatives trading has been a pillar of traditional finance for a long time, but DeFi has not been able to achieve the capital efficiency and throughput required to make decentralized derivatives trading viable, until now.”

For now, Vega is still under development. The startup launched its “testnet” (a testing version of its network, as the name implies) in the second quarter of 2020 and has had a number of iterations since.

The company plans to use its new capital on resources “to ship and test high-quality code,” among other things. This summer, Vega is gearing up to launch a “mainnet-ready” release of its protocol code.

After that, Mannerings said the company expects to see the first validators launch a Vega network that plugs into the Ethereum mainnet for the first time, allowing trading of real crypto assets.

For now, the company’s wallet software that is required to access the testnet is free and open-sourced, meaning that anyone can download to create a wallet and use the testnet. Vega has so far given out around 500 IDs for its hosted wallet, which allows people to use testnet without running the wallet themselves. There have been other IDs created, but the company has not been able to track just how many.

Anjan Vinod, investment analyst at investor ParaFi Capital, said his firm is both a DeFi investor and user and, as such, has been monitoring the evolution of new blockchain-based financial primitives.

“The multi-trillion dollar derivatives market has been a missing piece in the core DeFi stack,” he wrote via email. “Leveraging a proof of stake protocol, integrated liquidity incentives, and permissionless market creation, Vega is bringing a novel and first-principles approach to decentralized derivatives. Vega disrupts the intermediaries traditionally controlling market creation, settlement, collateral management, and pricing in the derivatives market.”