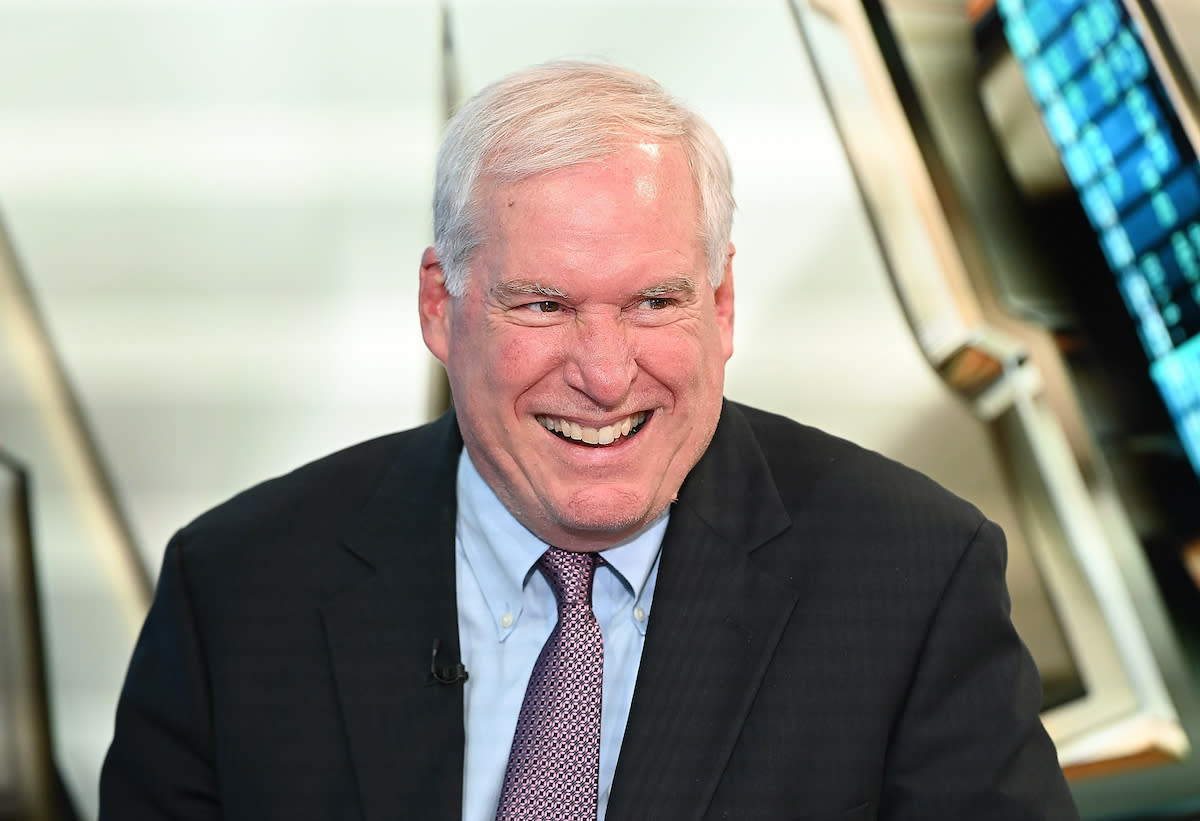 A senior U.S. Federal Reserve official has called Tether’s USDT stablecoin a risk to the stability of the financial system.

In a slide presentation Friday, Eric Rosengren, president of the Federal Reserve Bank of Boston, listed Tether among the “financial stability challenges” the U.S. central bank is watching.

Rosengren included the stablecoin among what he termed “new disruptors” to short-term credit markets.

In an interview with Yahoo Finance the same day, he elaborated.

“The reason I talked about Tether and stablecoins is if you look at their portfolio, it basically looks like a portfolio of a prime money market fund but maybe riskier,” he said. Tether “has a number of assets that, during the pandemic, the spread got quite wide on those assets.” Spread widening refers to a selloff in the credit markets, when the difference in yield increases between a risky asset such as a corporate bond and one perceived as safe like a Treasury bond.

“I do think we need to think more broadly about what could disrupt short term credit markets over time, and certainly stablecoins are one element,” Rosengren said. “I do worry that the stablecoin market that is currently, pretty much unregulated as it grows and becomes a more important sector of our economy, that we need to take seriously what happens when people run from these type of instruments very quickly.”

“The Fed is so practiced, … at ‘Fedspeak’ — such carefully constructed statements so that multiple sides of an issue can see their side in what the Fed said,” she said. “That was basically the [case with] previous statements about stablecoins. But today the Fed escalated. Rarely are they so explicit like they were today.”

Long added that bitcoiners who consider concerns about Tether overblown should not “shoot the messenger.”

“I’ve both defended Tether as breakthrough technology while also calling out that its reserve disclosure opened more questions than it answered,” she said, referring to the company’s breakdown of the collateral behind USDT, released in May.

That breakdown showed nearly half the reserves are in commercial paper, but did not specify the issuers or ratings of those debts, leaving the market guessing about the assets’ liquidity and creditworthiness. Rosengren included the composition in another slide from his presentation at a virtual event organized by the Philadelphia Fed.

Tether did not immediately answer a request for comment Friday evening.

USDT plays a key role in the plumbing of the $1 trillion global cryptocurrency market. Traders use it, and to a lesser degree other stablecoins, to quickly move dollar value between exchanges in order to take advantage of arbitrage opportunities.

Stablecoins are designed to trade at par with fiat currencies such as the dollar, and in theory are redeemable 1-for-1 for cash from the issuers. But questions about Tether’s backing have loomed over the crypto market for years and were the focus of a probe by the New York Attorney General’s Office that the company settled this year.

Despite the long-simmering doubts and conjecture about Tether’s finances, USDT has traded at $1 for almost all of its history, as it did Saturday morning UTC.

USDT also remains by far the largest stablecoin by market capitalization despite the emergence of competitors with less controversial histories.

Read more: Millions in Crypto Is Crossing the Russia-China Border Daily. There, Tether Is King

A discussion paper outlining the Fed’s thinking on digital payments, including the risks and benefits of central bank digital currencies (CBDCs), will come out this summer, Powell said last month in the same speech where he referred briefly to stablecoins without mentioning any by name.