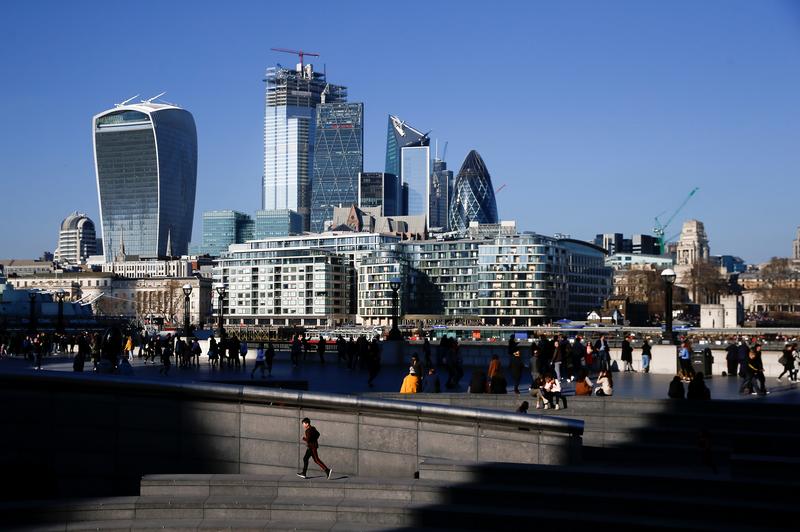 The trade deal between Britain and the EU since Jan. 1 does not cover financial services.

The upshot is that branches of EU banks in London like Deutsche Bank, SocGen and BNP Paribas have been cut off from a key part of the global market with billions of dollars of swaps business going to rivals.

As flagged by Reuters earlier this month, the FCA has made no change to its stance.

“We have not observed market or regulatory developments in the first quarter of 2021 that justify a change in our approach,” the FCA said in a statement on Wednesday.

“We will continue to monitor market and regulatory developments and review our approach if necessary. If we do see a case for a change, we will provide sufficient notice to market participants so that any changes can be implemented smoothly.”

Since January, London’s share of euro rate swaps has fallen to 10% from 40% as trading moved to Amsterdam and the United States, according to figures from IHS Markit data company.

Deutsche Bank said on Tuesday that the EU curbs on London branches posed revenue “challenges” and put the bloc’s banks at a competitive disadvantage.

EU regulators have acknowledged there is an issue with EU bank branches in London but have so far have not eased their curbs.

Britain may be hoping that such pressure on EU bank branches in London will finally persuade Brussels to grant Britain “equivalence”, or full two-way cross-border trading in derivatives with the EU.

This, however, could see swaps trading return to London from the bloc at a time when the EU wants to build up the autonomy of its own capital market. Brussels said this week it was in no rush to decide on equivalence.