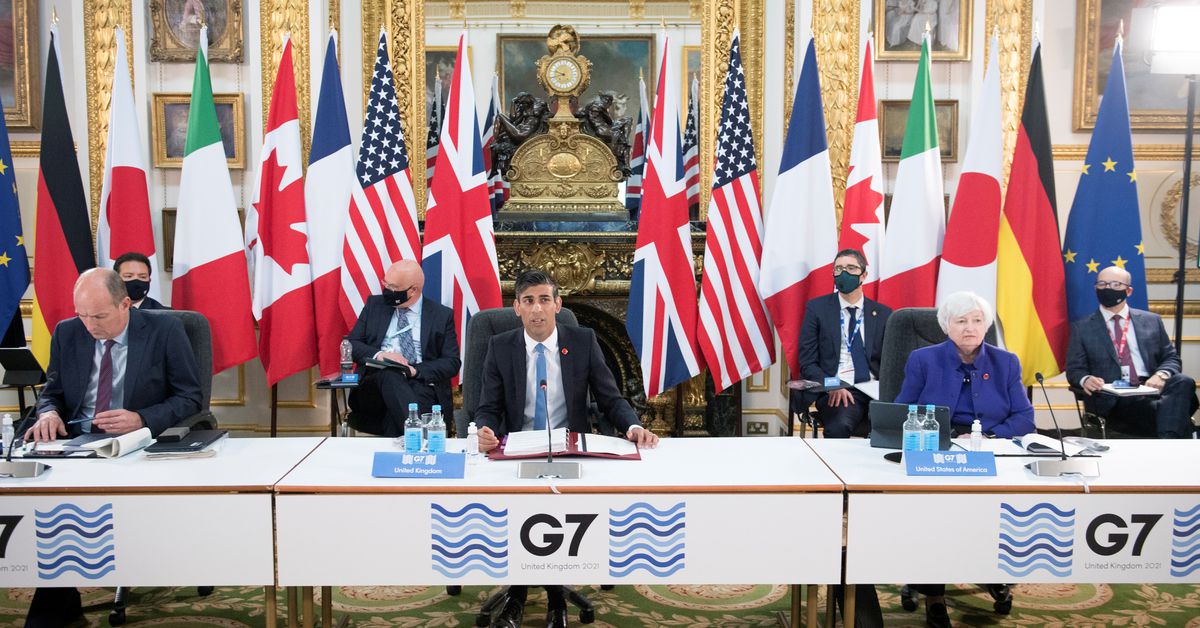 Britain’s Chancellor of the Exchequer Rishi Sunak speaks at a meeting of finance ministers from across the G7 nations ahead of the G7 leaders’ summit, at Lancaster House in London, Britain June 4, 2021. Stefan Rousseau/PA Wire/Pool via REUTERS

“The group held productive negotiations about reforming the global tax system and tackling the tax challenges that arise in a complex, digital global economy,” Britain’s Treasury said in a statement.

Sunak also urged fellow G7 finance ministers to require large companies to be more transparent about their environmental impact, as well as the need for measures to ensure the long-term sustainability of public finances.