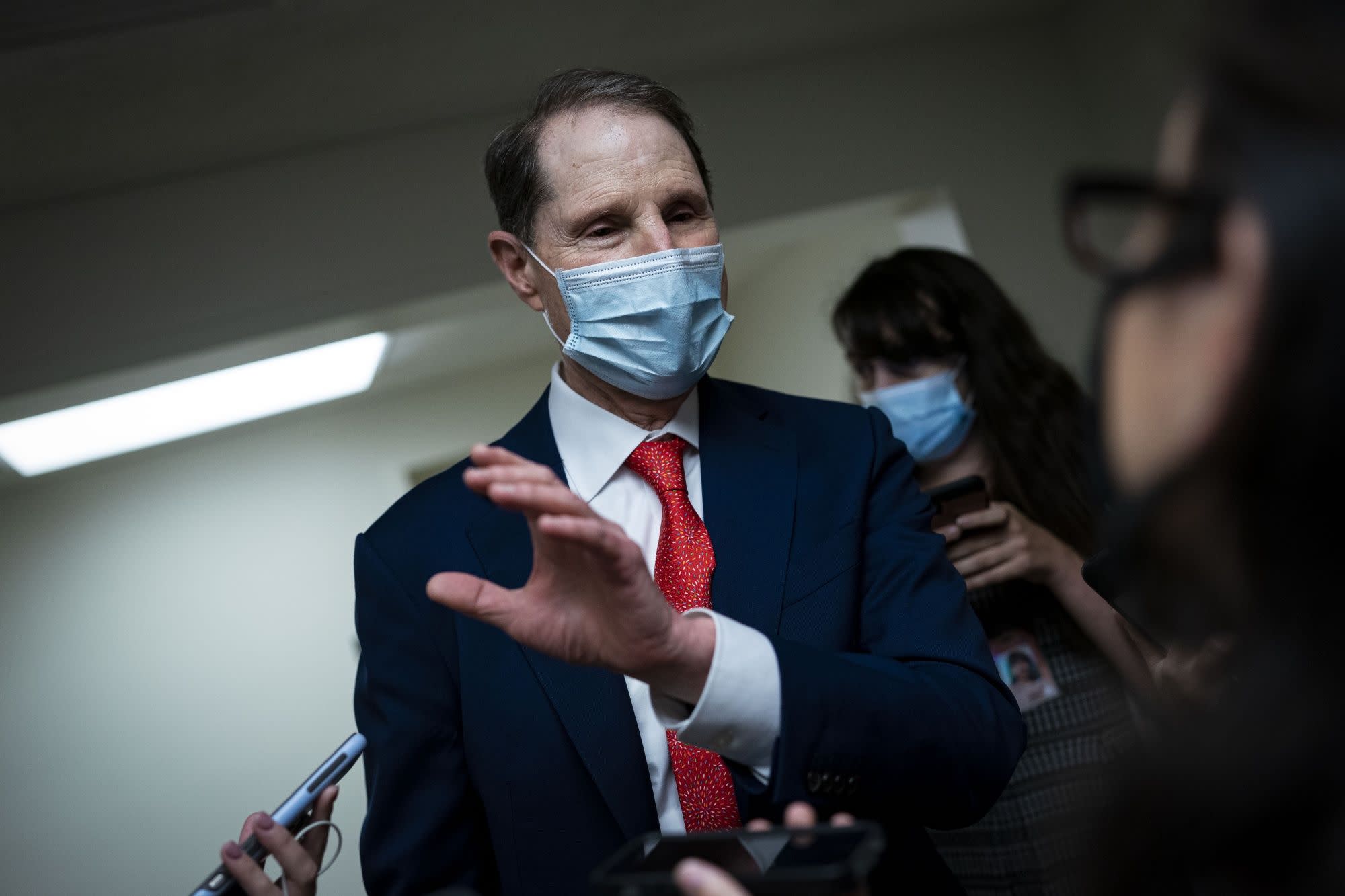 (Bloomberg) — Senate Finance Committee Chairman Ron Wyden is looking to overhaul how derivatives are taxed as Democrats beginning crafting a giant spending bill funded in part by levies on the richest American businesses and taxpayers.

Wyden’s proposed legislation, which he has been refining for years, would require derivatives investors to pay tax annually on unrealized gains. It would also tax any appreciation at income-tax rates; President Joe Biden has proposed boosting the top marginal rate to 39.6% from 37%. Investors would be able to deduct losses.

The legislation would upend longstanding rules that require many investors to only pay taxes when they sell their holdings. Some derivatives trades are currently eligible for the preferential 20% capital gains rate.

Wyden said in a statement that the bill would make it more difficult for investors to “exploit complex tax rules to make these bets risk-free by avoiding, deferring or minimizing paying tax.”

“The bill would apply a simpler, more straightforward tax regime to all derivative contracts with one timing rule, one character rule, and one sourcing rule — striking nine code sections and streamlining many others in the process,” a summary of the legislation said.

Making the derivatives taxation rules less complex has been a goal of both political parties in recent years. Republicans in their 2017 tax bill considered streamlining the taxation of derivatives, but ultimately abandoned the idea after being unable to work out technical issues with various proposals.

Wyden’s legislation could be considered for inclusion in a Democrats-only social spending bill funded by tax increases later this year.

The Joint Committee on Taxation estimated a previous, similar version of the derivatives bill would raise about $16.5 billion over a decade. Democratic lawmakers are aiming to enact a host of revenue measures to pay for the $3.5 trillion in planned spending currently envisioned.

The Oregon Democrat will take a leading role in shaping that legislation, and has already released several other proposals this year. Those include plans to overhaul the international tax system, a repeal of private equity tax breaks and the introduction of a new system for renewable energy tax credits.