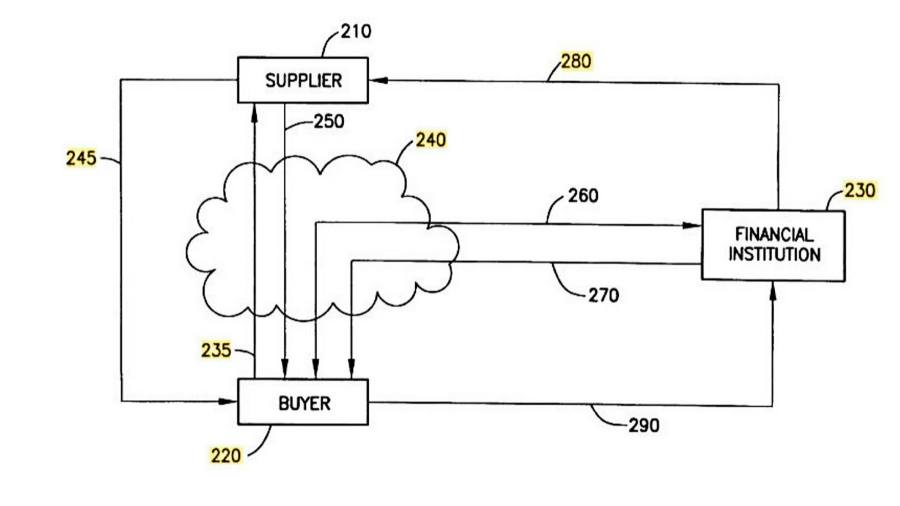 Despite his name, Roland Hartley-Urquhart is not another Old Etonian with little relevant experience who rocked up at Greensill Capital in the hope of making a fast buck.

A 62-year-old American, Hartley-Urquhart was vice-chair of Greensill until he jumped from the sinking ship a few weeks ago. He had previously been a banker at Citigroup, Morgan Stanley and Chase Manhattan, where he literally claimed to have invented modern supply chain finance.

Yet in the chaotic final months of Greensill, Hartley-Urquhart was left reassuring one of his biggest customers, the US mining group Bluestone, that it would not be left “holding the bag”, according to a lawsuit filed this week. Hartley-Urquhart declined to comment.

For a man who wrote academic papers on supply chain finance and submitted technical drawings for his patent application, this was a shift in tone. Those papers and that patent application did not mention any “bag”.

If supply chain finance works properly, as Hartley-Urquhart described it in his sober prose, there should be no significant risk of any losses for anyone. Greensill pays the supplier invoice for the large corporate customer, with a small discount for prompt settlement, and receives the full balance from the customer later.

But by 2020 Greensill’s business had morphed far beyond that original blueprint. Instead of providing short-term credit to high-quality companies on the basis of actual invoices, it was issuing rolling credit on the basis of “future” invoices.

In the case of Bluestone, the mining group had borrowed $70m using supply chain finance, according to its lawsuit. But it had also borrowed $780m against “receivables that have not yet been generated by Bluestone” from “prospective buyers” which included “entities that were not and might not ever become customers of Bluestone”.

We are getting closer to the central mystery of Greensill, the reason why somebody must be left holding the bag. German regulators had already identified this problem when they seized Greensill Bank earlier this month. Auditors at KPMG, who had been unable to verify the existence of certain invoices, also ruled that the “advanced receivables” on the balance sheet could only be treated as an unsecured loan.

Credit Suisse, whose funds invested in most of the Greensill loans, has finally acknowledged this too. As it winds down $10bn of Greensill funds, Credit Suisse has managed to repay $3.1bn to investors, the bank said on Thursday. But there is “considerable uncertainty” over the rest.

A large portion of the remainder of the loans was to Sanjeev Gupta’s GFG Alliance, which has already defaulted. Another large part was credit extended to Bluestone, where the recovery prospects do not look too rosy either. According to Bluestone’s lawsuit, Greensill, which had been happy to roll over the debt, suddenly asked it to repay the entire $850m. Bluestone said it was “not capable” of doing so.

With the GFG exposure stretching into the billions and Bluestone approaching $1bn, the size of the hole is becoming clearer. The “bag” is coming into focus. Still fuzzy: who is left holding it?