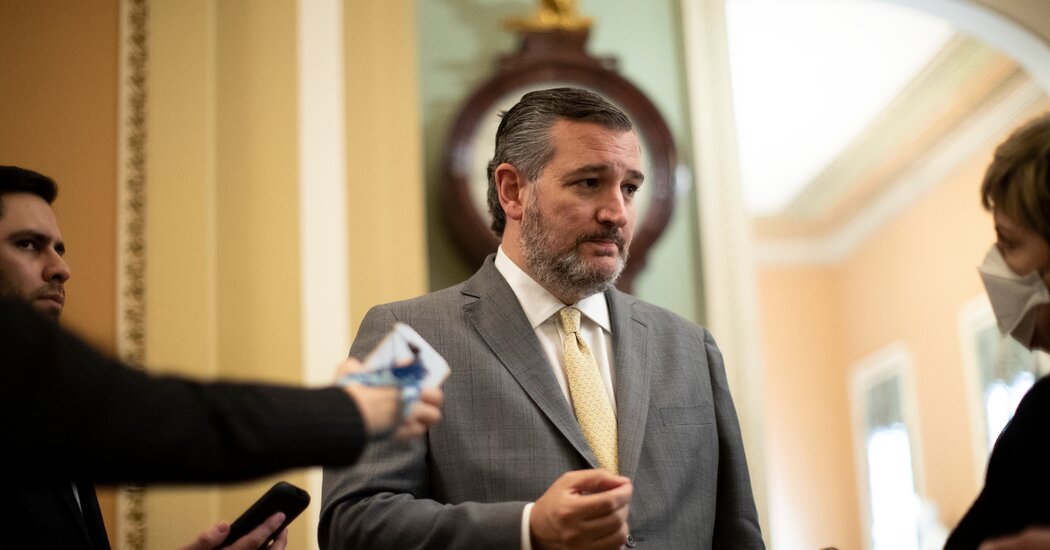 Mr. Stewart said the burdens imposed by law are minimal. “You can loan the campaign as much money as you want and you can get full repayment as long as the loan is repaid with pre-election funds,” he said.

But Justice Kavanaugh said that might be hard to do in the final days of a close election.

“You’re emptying the coffers,” he said. “It’s down to the wire. There are no pre-election funds left.”

“In that instance,” he said, “the candidate coming down to the last few days is quite a bit chilled from using his or her own resources above $250,000, because there’s no possibility of repayment under this statute, even in $2,900 chunks.”

Charles J. Cooper, a lawyer for Mr. Cruz and his campaign, said that the contribution limits were sufficient to address potential corruption and that the $250,000 cap added nothing to that effort.

“According to the government,” he said, “Congress effectively gives a corruption hall pass to the first 86 donors who max out after an election but abruptly closes the corruption window on donor No. 87.”

Justice Elena Kagan responded that the cumulative number matters, too.

“The candidate with $3,000 of debt is a lot less likely to start thinking about how he can sell his votes than the candidate with $500,000 of debt,” she said, adding: “The entire point of this law is that we start getting worried when people start repaying the candidate’s indebtedness, because that’s just another way of putting money in his pocket.”

Timing matters, too, Justice Sotomayor said. “We know that after an election that your contribution as a contributor is not being used to promote a candidate because the candidate has already won,” she said.