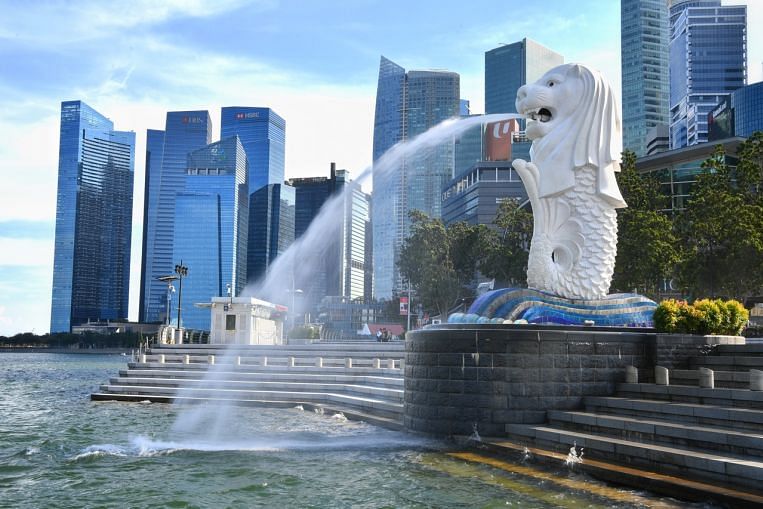 SINGAPORE (THE BUSINESS TIMES) – Financial institutions will have to cease issuing Sibor-linked financial products and Swap Offer Rate (SOR) derivatives by the end of September this year.

The freshly announced timeline is to further push the industry towards the Singapore Overnight Rate Average (Sora) as the main interest rate benchmark.

On Wednesday (March 31), the Steering Committee for SOR and Sibor Transition to Sora (SC-STS) recommended that financial institutions cease the use of Singapore Interbank Offered Rate (Sibor) in new contracts by end-September.

Sibor is widely used for loans to retail customers and small and medium-sized enterprises.

The new timeline will have no immediate impact on existing Sibor loans, said SC-STS. It is consistent with the preparation for the discontinuation of the less widely used six-month Sibor by March next year, and the widely used one-month and three-month Sibor benchmarks by end-2024, it added.

Banks will contact their customers at the appropriate time and provide sufficient notice for customers to consider switching these loans to other alternative loan packages, said the SC-STS.

As of March this year, most major banks have already started offering Sora mortgages, and retail take-up has been encouraging, with more than $1 billion of such loans extended as at the end of last year, said the report.

As for SOR, the new timeline will give market participants sufficient advance notice to prepare for changes, and is in line with the committee’s targets for banks to wind down SOR derivative exposure to 20 per cent by end-September, said the committee.

It comes as financial institutions are set to cease usage of SOR in new loans and securities that mature after the end of this year by end-April, with all banks to be ready to offer new Sora-based products by then – as announced in October last year.

SOR is used in the pricing of bonds and loans to large institutions with hedging requirements, as it is also the reference benchmark in Singapore dollar derivatives.

Close to $1.4 trillion notional value of outstanding Singdollar derivative contracts referencing SOR and around 12,000 SOR contracts in Singdollar cash markets amounting to $95 billion will mature after the end of this year, and will need to transition.

The requirement to cease new transactions will exclude SOR derivative transactions for risk management of and transition from legacy SOR positions.

Singapore is in the midst of its move from SOR and Sibor to Sora as the new interest rate benchmark. This comes on the back of the discontinuation of the scandal-tainted Libor (London Inter-Bank Offered Rate) at end-2023, which would affect SOR as it uses the United States dollar Libor in its computation.

Sora was selected as the new interest rate benchmark as it was found to be the “most robust and suitable alternative”, underpinned by a deep and liquid overnight funding market.

As for Sibor, it will be discontinued by end-2024, in line with global reform efforts to improve the robustness and integrity of financial benchmarks.

Mr Samuel Tsien, chairman of the Association of Banks in Singapore and SC-STS, said: “The industry has made significant progress over the past year to develop new Sora markets, including usage of Sora in a wide variety of cash market products and growing adoption in derivatives.”

Mr Tsien, who is also outgoing chief executive of OCBC Bank, added: “With this latest move by the industry committing to cease issuance of SOR derivatives and Sibor-linked products by end-September 2021, we look forward to a single Sora-centred interest rate benchmark regime, which will be beneficial to both customers and financial institutions for a more transparent and efficient market.”

Mr Leong Sing Chiong, deputy managing director of the Monetary Authority of Singapore and a SC-STS member, urged market participants to “take active steps to shift both new use and legacy exposures to Sora, so as to minimise financial and operational risks as liquidity in SOR derivative markets is expected to decline in 2022”.

In addition, the committee also reviewed its guidance around the fallback rate for SOR, which was designed only as an interim fallback solution for contracts that cannot be transitioned to Sora before SOR ceases. It was previously announced that the fallback rate would be published for a period of about three years following the expected discontinuation of SOR after the end of this year.

But with SOR set to be discontinued in mid-2023, more existing legacy SOR transactions would be able to mature and the need for the extended fallback rate would be much lower, said the committee.

Therefore, the original end-2024 end date for the fallback rate will be retained, and it will help to reduce the risk of transition inertia and channel more liquidity into developing the Sora market.