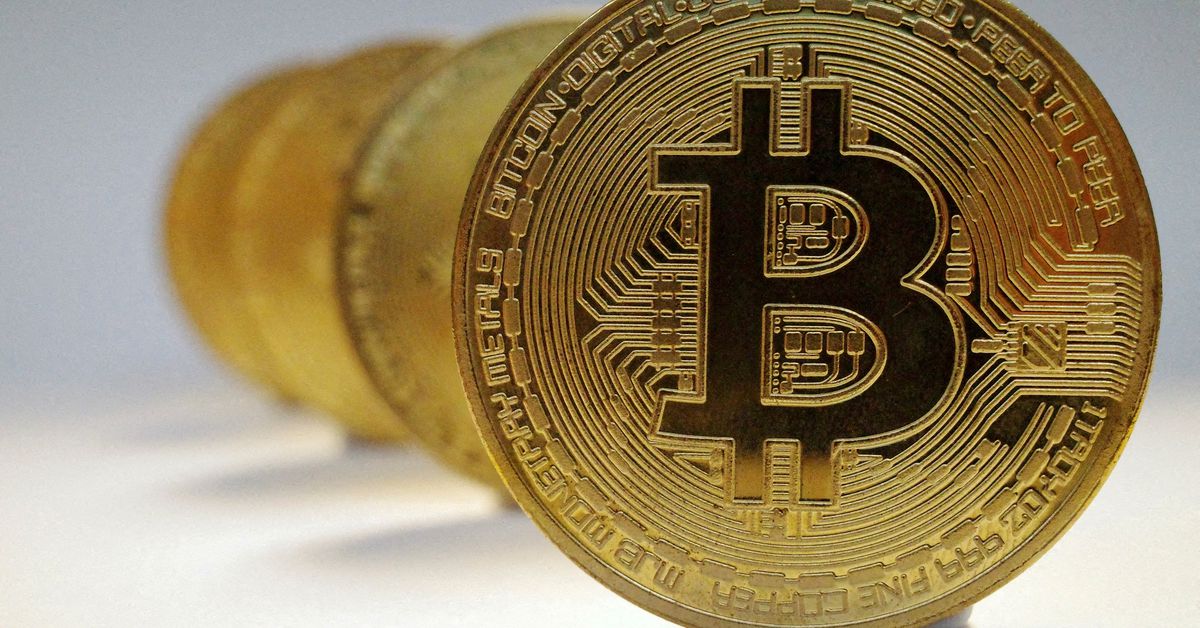 A representation of the virtual cryptocurrency Bitcoin is seen in this picture illustration taken October 19, 2021. REUTERS/Edgar Su

MOSCOW, Feb 21 (Reuters) – Russia’s finance ministry on Monday said it would take proposals on cryptocurrencies from the country’s central bank into account so long as they do not contradict its own approach, paving the way for legislation governing digital assets.

A simmering dispute over cryptocurrency regulation in Russia heated up on Friday as the finance ministry submitted legislative proposals to the government that clashed with the central bank’s demand for a blanket ban. read more

The Bank of Russia has proposed banning cryptocurrency trading and mining due to the threat digital currencies pose to financial stability. But the finance ministry prefers legislation that regulates cryptocurrencies, allowing them as an investment tool, but not as a means of payment.

The finance ministry’s draft legislation aims to create a legal market for digital currencies, it said on Monday.

One proposal is for transactions involving the purchase or sale of cryptocurrency requiring customer identification, a move that may diminish one of cryptocurrencies’ major selling points – their anonymity.

Other proposals include foreign cryptocurrency exchanges having to obtain a licence in Russia, and introducing financial literacy tests that determine how much individuals are permitted to invest.

Citizens who successfully pass the tests would be permitted to invest up to 600,000 roubles ($7,853) in digital currencies each year, the finance ministry said. Those who fail would have an investment limit set at 50,000 roubles annually.

The central bank also opposes cryptocurrency mining, whereby powerful computers compete against others hooked up to a global network to solve complex mathematical puzzles. The bank has warned of inefficient energy consumption and the environmental impact of the mining, while the finance ministry prefers to permit mining under a taxation basis.

The central bank did not immediately respond to a request for comment.