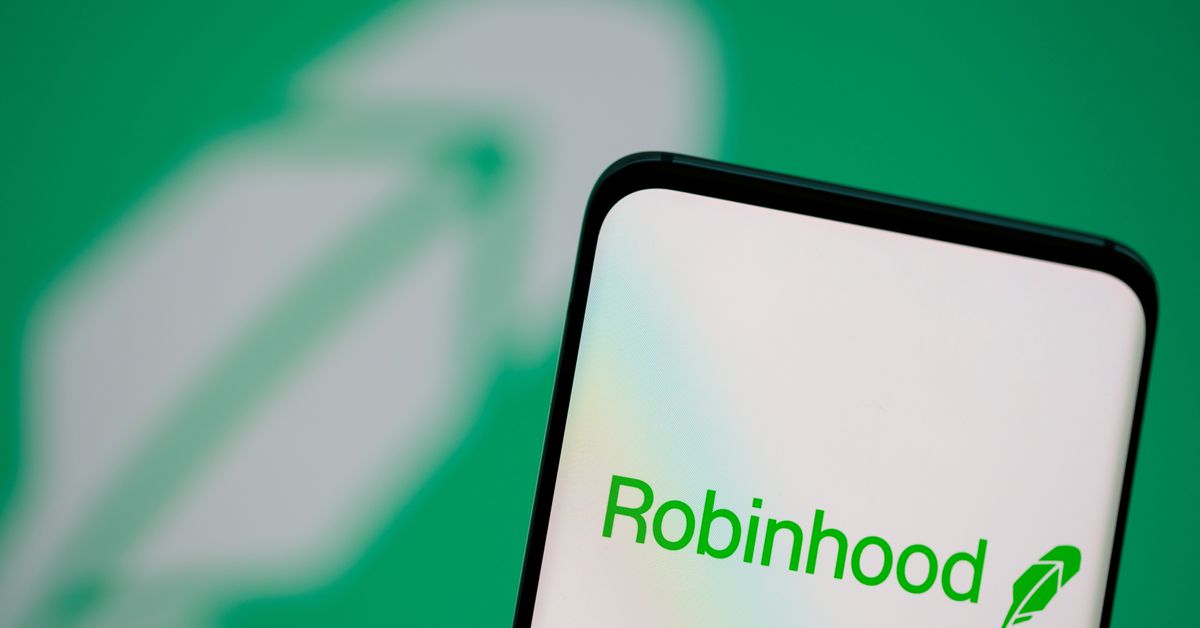 July 24 (Reuters) – Robinhood Markets Inc is considering launching U.S. retirement accounts, CEO and co-founder Vlad Tenev said on Saturday in a webcast with users of its trading app looking to participate in its initial public offering, which is set to price next week.

The online brokerage has about 18 million funded investment accounts on its platform, most of which are held by retail traders.

Offering individual retirement accounts (IRAs) and Roth IRAs, which offer tax advantages to those saving for retirement, would allow Robinhood to tap a vast market. Americans held $12.6 trillion in IRAs at the end of March, up 2.8% from the end of December, according to the Investment Company Institute.

“We are interested in building more account types, including IRAs and Roth IRAs, we’ve been hearing that a lot from our customers. We want to make first-time investors into long-term investors,” Tenev said in response to an investor question.

Due to the penalties involved in withdrawing money, IRAs tend to attract long-term investments, rather than the quick flip in stocks, options and cryptocurrencies that some investors turn to Robinhood for.

In his webcast, however, Tenev said: “We see evidence that the majority of our customers are primarily buy and hold.”

Robinhood, which is targeting a valuation of up to $35 billion in its IPO, has said it will allocate 20% to 35% of shares offered to its users, an unusual move for a high-profile offering. One of the reasons many IPOs enjoy a first-day trading pop is because the retail investors that Robinhood has invited are excluded and must buy shares in the open market.

Robinhood launched its IPO Access platform earlier this year to enable users to buy into the IPOs of other companies if it can negotiate deals with the investment banks handling them.

Some individual investors are calling for a boycott of Robinhood’s IPO on Reddit and other social media over its handling of the ‘meme’ stock-trading frenzy in January. Robinhood placed restrictions on buying GameStop Corp (GME.N) and other stocks that hedge funds had bet against, on grounds it was needed for the financial and operational stability of its platform.

Tenev said in Saturday’s webcast that Robinhood had invested in the stability of its platform to avoid another such incident.

Robinhood’s popularity has soared over the past 18 months of coronavirus-induced social restrictions that have kept many retail investors at home. It has said its mission is to “democratize finance for all” by allowing users to make unlimited commission-free trades in stocks, exchange-traded funds, options and cryptocurrencies.

The brokerage has been criticized for relying on “payment for order flow” for most of its revenue, under which it receives fees from market makers for routing trades to them and does not charge users for individual trades, however.

Critics argue the practice, which is used by many other brokers, creates a conflict of interest, on the grounds that it incentivizes brokers to send orders to whoever pays the higher fees. Robinhood contends that it routes trades based on what is cheapest for its users, and that charging a commission would be more expensive.

Robinhood chief financial officer Jason Warnick left the door open for the company to change the practice if necessary.

“If a ban or other limitations on it were to be imposed, we believe Robinhood and the industry would adapt and explore other revenue sources,” Warnick said.

Robinhood was founded in 2013 by Stanford University roommates Tenev and Baiju Bhatt, who will hold nearly two-thirds of the voting power after the offering, a filing with the stock exchange showed.

Robinhood customer Minjie Xu, who works as a software engineer in Missouri, remained unimpressed after the presentation on concerns the offering was overpriced.

“This is not unique to them, as I think most IPOs are overpriced,” Xu told Reuters.