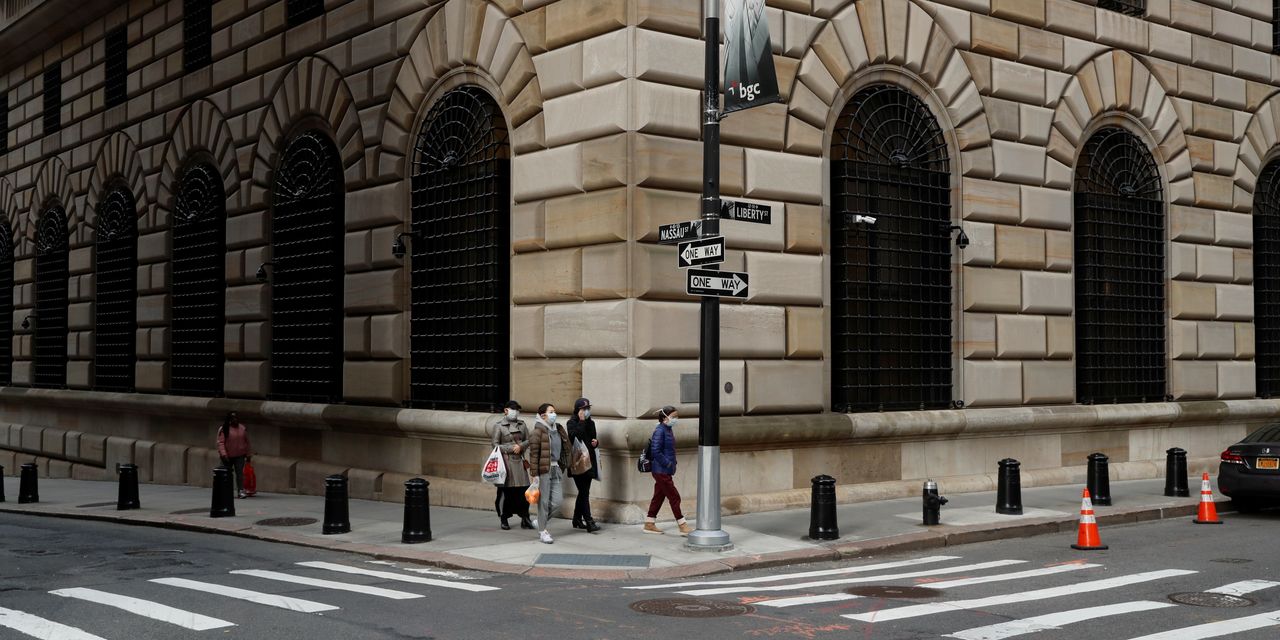 Regulators are ramping up efforts to end Libor trades by year-end.

The Commodity Futures Trading Commission last week told brokers that facilitate derivatives trading among large banks that they should stop using Libor, or the London interbank offered rate, as a reference rate by July 26. The Tuesday announcement could accelerate the push to phase out the troubled interest-rate benchmark, which underpins trillions of dollars worth of financial contracts. Authorities decided several years ago, after a widespread Libor-rigging scandal, that it should disappear by the end of 2021.

The new guidelines are from a CFTC subcommittee working under an initiative dubbed “SOFR First.” It is meant to persuade market players to adopt SOFR, or the Secured Overnight Financing Rate, as Libor’s replacement. SOFR is the alternative preferred by regulators and many major banks.

As of July 26, big banks like JPMorgan Chase JPM -0.07% & Co. will see certain derivatives priced in SOFR rather than Libor on dealer screens. Libor conventions will remain for information purposes only.

“A lot of this is about inertia,” said Tom Wipf, a Morgan Stanley banker. “We face a reality of no new Libor contracts by the end of this year. We don’t have a lot of time to do this.”

Mr. Wipf is the head of the Alternative Reference Rates Committee, or ARRC, which backs SOFR and is made up of major banks, insurers and asset managers working alongside the New York Fed. He also spoke Tuesday at an ARRC panel held after the new guidelines were announced.

The CFTC subcommittee includes representatives from the likes of BlackRock Inc. and Goldman Sachs Group Inc. Its announcement was a recommendation, not a firm deadline. But Mr. Wipf and others said it would push the derivatives market to link more trades to SOFR.

Market participants have been slower to adopt the new rate than advocates had hoped. Some have complained that SOFR lacked rates that are weeks or months in the future, making it difficult to plan around future interest-rate risk. The ARRC said that a lack of sufficient transactions and data made formally recommending those forward-looking reference rates a challenge. On the heels of the CFTC announcement, Mr. Wipf said the ARRC should be able to recommend forward-looking SOFR rates by the end of July.

Meanwhile, some corporate treasurers and investors have turned to competing alternatives. Some on Wall Street have started using the Bloomberg Short Term Bank Yield Index as a benchmark, while regional banks have gravitated toward Ameribor, a rate that is sensitive to funding cost increases during a crisis. A recently published JPMorgan client survey showed that 41% of clients prefer using the Bloomberg index for swaps since it most resembles Libor, compared with 34% in favor of SOFR.

But when asked what would be the most active benchmark for the swaps market in five years, 63% of JPMorgan clients said it would likely be SOFR. JPMorgan interest-rate derivatives strategist Josh Younger said this may be driven in part by the ARRC’s advocacy and the automatic conversion of outstanding Libor derivative contracts to that index in two years.

The ARRC is seizing the slower summer months to accelerate the transition while fixed-income markets remain relatively calm. When markets were upended at the start of the coronavirus pandemic, lenders and asset managers had little time to focus on what they considered an operational issue.

Chris McAlister, global head of derivatives trading for insurer Prudential, said at the ARRC panel that it would be better to “have a bit of the growing pains come now rather than at the end of December.”

Mr. McAlister said that while he could trade derivatives linked to SOFR, “the market is still speaking in Libor.”