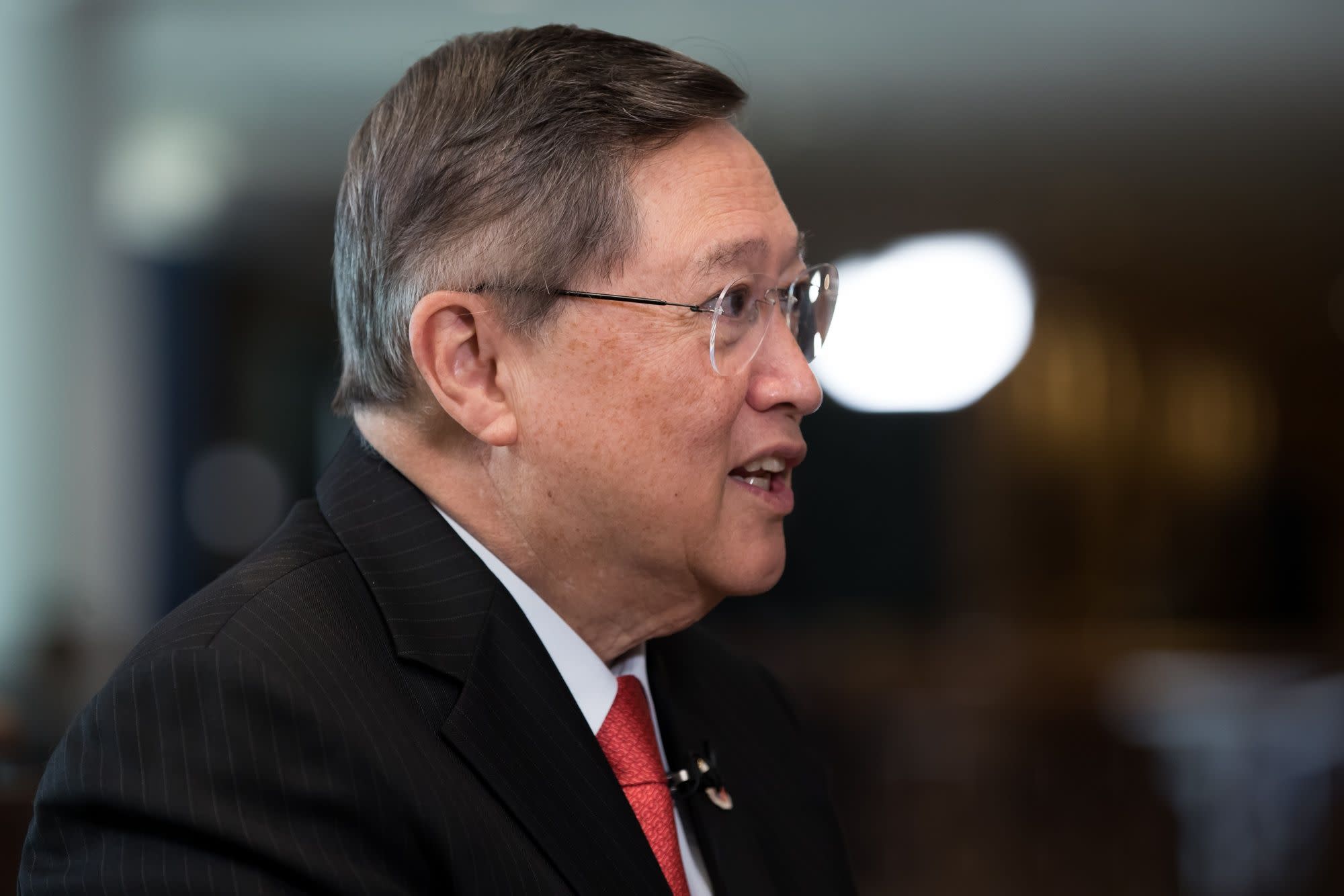 (Bloomberg) — Philippines Finance Secretary Carlos Dominguez said the government plans to sell dollar bonds before interest rates rise, and will look for new revenue sources and ways to wind down debt next year.

“We will tap the U.S. bond market before rates skyrocket,” Dominguez said in an interview with Bloomberg Television’s Kathleen Hays on Tuesday. He didn’t provide more details on the debt plan.

The Philippines plans to borrow a record 3 trillion pesos ($62 billion) from domestic and international sources this year, according to budget data presented to Congress in August. Last week, it raised 55 billion yen ($500 million) through a 3-year Samurai bond sale.

Economic growth this year “is going to be lower than what we expected” as virus cases surge, Dominguez said.

The Philippines extended a lockdown in Manila and nearby provinces to until April 11 to control a rise in infections, and the two-week strict movement curbs will likely shave off 0.8 percentage points from this year’s growth, Economic Planning Secretary Karl Chua said Monday. Last year’s lockdown — among the world’s longest — pushed gross domestic product to plunge 9.5%, the worst since at least 1946.

Economic managers will meet Thursday to review growth targets. President Rodrigo Duterte, as part of a plan to drive GDP growth to as high as 7.5%, set a record spending goal this year of 4.5 trillion pesos.

The government doesn’t intend to increase its borrowing from the Bangko Sentral ng Pilipinas, Dominguez said, and aims to wind down its loans from the central bank later this year or early next.

While the government isn’t planning to introduce new tax measures at this time, Dominguez said the finance department is looking at ways of “winding down” debt, including other possible revenue sources.

The government aims to cap the budget deficit at 8.9% of GDP this year before lowering the gap to 7.3%.

“I’d like to hear of solutions to the world debt problem,” Dominguez said of discussions at the International Monetary Fund and World Bank spring meetings this week. “This is a problem of ours as well as problems of many countries.”

(Updates with more details throughout.)

For more articles like this, please visit us at bloomberg.com