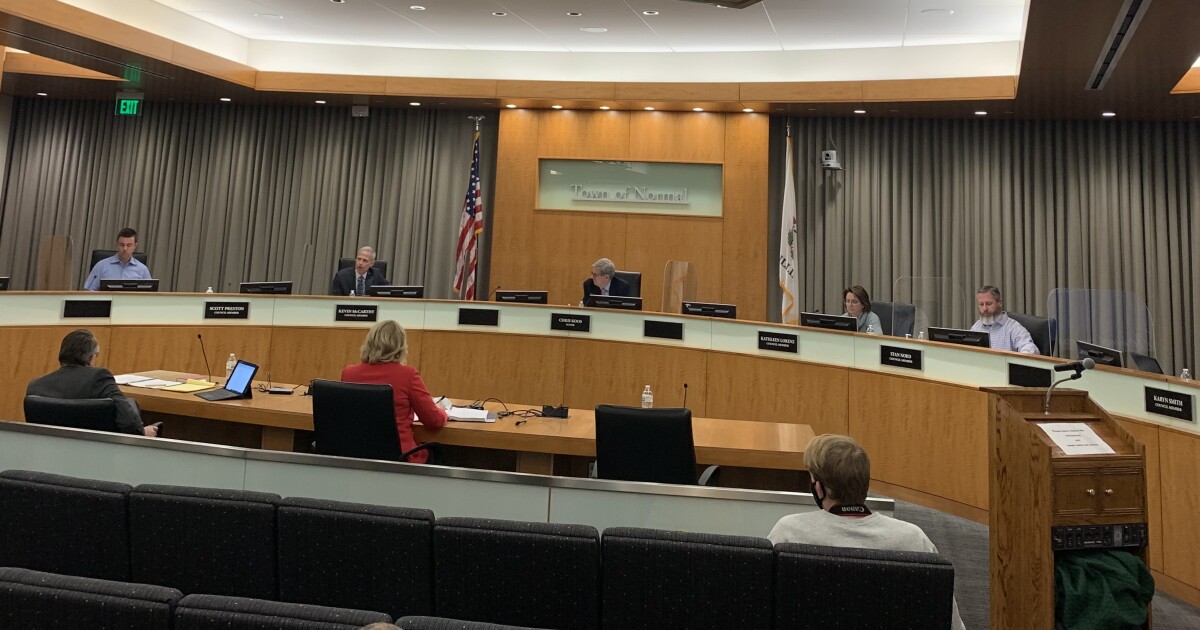 Normal leaders have voted to finance half of a new $5 million fire station on the town’s east side, using a low-interest bank loan.

Work on the station at the corner of Shepard and Hershey roads likely will begin this fall, with a target opening of spring 2023, said Normal Fire Department Chief Mick Humer. Now, the town will seek bids for design and construction, he added.

Whether the station would be built next year wasn’t at issue: it’s in the tentative fiscal 2023 plan. The debate was about whether to finance part of the construction, or pay all costs up front.

The 5-2 vote during Monday’s Normal Town Council meeting means Busey Bank will loan $2.5 million to the town, at a 1.46% interest rate. The town will use $1.4 million from existing funds, and a $1 million grant to cover remaining construction costs.

Council members Stan Nord and Scott Preston voted against the financing plan. Each said taking on debt, when the town budget has a surplus, isn’t a good idea.

City Manager Pam Reece told the council that opting for the loan allows the town to attend to a robust capital investment plan. “We believe the time is right,” she said of the low-interest rates being offered.

Over the 10-year period, interest amounts to about $200,000. The town is in good financial shape, said Mayor Chris Koos. It’s not that the town must borrow, but rather it’s taking the opportunity to get the low-interest rates, he added. This decision means in fiscal 2023, the town can move $2.5 million from the working cash fund to the capital improvement fund, said Reece.

“Because of the very favorable borrowing rates, it makes sense,” she said.

The cash on hand will be used for the town to fund improvements in parks and recreation areas, including potential resurfacing of tennis and pickleball courts, and needed HVAC work in park facilities, said Reece.

Nord and Preston said if Normal had the money available to cover the Shepard Road station’s construction, it should use it. Nord also accused town staff of using the loan as a way to pay for amenity projects.

“It sounds dishonest and not very transparent,” said Nord, of the decision to borrow $2.5 million for the fire station. But several council members and Reece pushed back on that characterization.

Reece said there’s nothing to hide, and that the town doesn’t borrow money for something, and then divert it for other purposes. “The borrowing is for what it is — a fire station,” she said.

Council member Kathleen Lorenz said financing the station, and keeping money in the town budget for smaller projects is akin to a personal budget where a person borrows for a car, but pays up front for smaller, short-term purchases.

“Here’s an opportunity,” she said, of the low-interest rates being offered.

The new building will replace the Normal Fire Department’s oldest station — the 1981-constructed site at 1300 E. College Ave., across the street from Blair House. The new east side location reflects population growth in that part of town, and a desire to reduce emergency response times to that area.

The fire department previously operated a station at 605 N. Adelaide St.; it closed about seven years ago. That property now is owned by ISU.

In other business, the council: