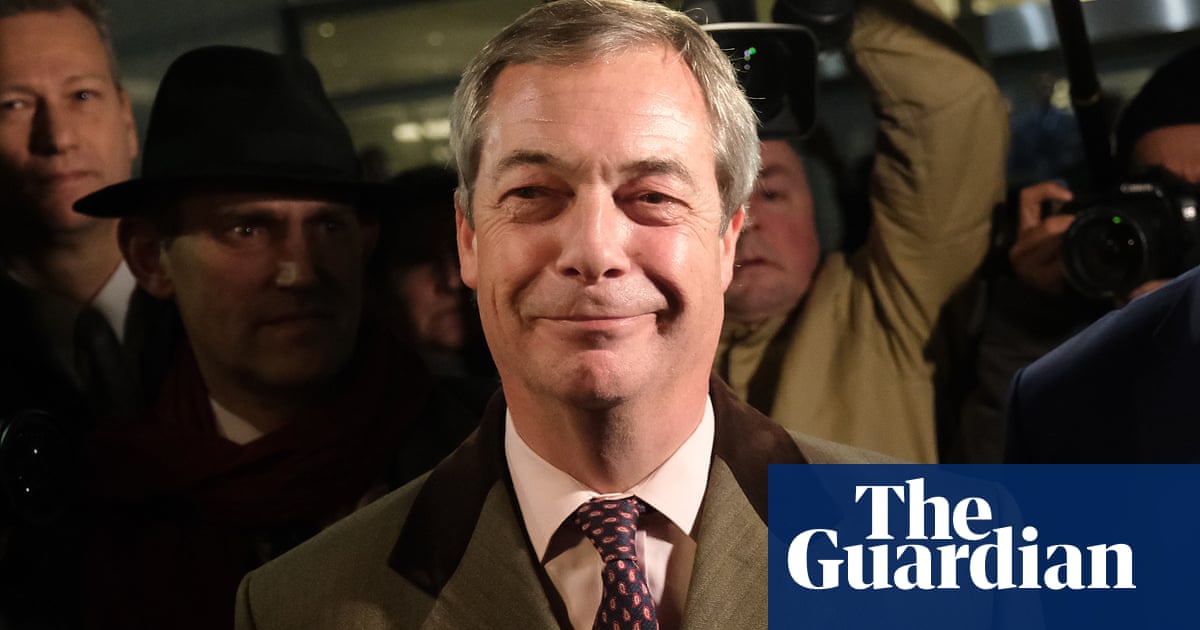 He has criticised Greta Thunberg for “alarmism” and wind power as “economic insanity” – but Nigel Farage appears to have made a U-turn on climate change, after signing up as a lobbyist for a Dutch green finance firm, in his first commercial role outside frontline politics.

Dutch Green Business Group, which is listed on the Amsterdam stock exchange, said it had appointed Farage to its new advisory board. The eurosceptic and former Ukip leader will “facilitate introductions to politicians and business leaders in the UK and around the world” while also acting as a spokesman for the company, it said in a press release.

Farage left formal electoral politics earlier this month after stepping down as leader of his new party, Reform UK. Since Brexit he has tried to forge a portfolio career that has included providing investment tips and recording paid-for video messages via an online platform.

His new employer, which aims to plant trees to capture carbon, is part of the rapidly growing but controversial carbon offsetting industry. Carbon offsetting theoretically allows polluting activities to be “carbon neutral”, but many environmental campaigners argue that it offers a front for polluters to continue their business without directly addressing their emissions.

Farage’s new employers claim on their website that they will “harness free market forces and the access to capital needed to rapidly accelerate the reforestation of Earth”.

Reforestation “represents an exciting opportunity for the capital markets and for private individuals”, according to the website. It added that it will “act in great service to all life and to the Creator”.

Farage has a long record of scepticism about climate action. In 2013, he told the European parliament that “we may have made one of the biggest and most stupid collective mistakes in history by getting so worried about global warming”.

Contradicting the overwhelming consensus of the global scientific community as well as international bodies such as the United Nations, Farage claimed that “science was not settled” on the climate, and said that “measures we are taking to combat what may or not be a problem are damaging our citizens”.

He has also criticised “alarmism” in comments on the need for climate action from Prince Charles and Thunberg, the activist. Yet in 2019, Thunberg’s campaigning – the “Greta effect” – was itself credited by another carbon offsetting group with driving significant increases in business as people and companies sought to minimise their climate impact.

Farage has since blamed the “explosion” of the population in countries such as China for increasing global emissions, rather than the generally higher per capita emissions of citizens of richer countries.

Selwyn Duijvestijn, Dutch Green Business’s chief executive, said: “We have not engaged Nigel for his political contacts. We have brought him in because of his unique abilities to communicate relevant ideas to a global audience.”

Dutch Green Business lists one reforestation project on its website, the Miro Sustainable Plantation project in northern Sierra Leone. In an update on Sunday, the company said it was also looking at a possible project in Paraguay.

Farage, who was a commodities trader before taking up his political career, said carbon offsetting was “rapidly transforming the financial dynamics of the green arena”.

“I know I can make a real difference to the speed and progress of this ambitious business which is delivering unique free market, nature-based solutions,” he said.