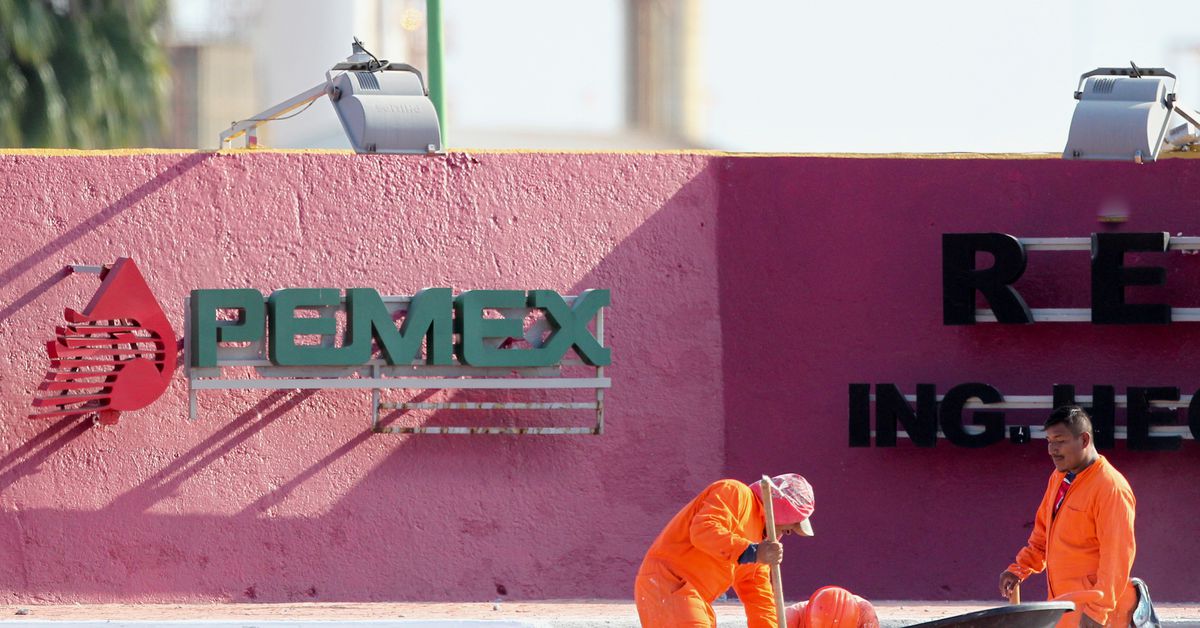 People work outside the state oil firm Pemex’s Cadereyta refinery complex after a fire broke out in a cooling tower, in Cadereyta Jimenez, Mexico November 12, 2021. REUTERS/Stringer

In a statement, the ministry said the near-term debt management scheme lowers Pemex’s overall debt load by $3.2 billion, while reducing “financial pressure” on the company between 2024 and 2030 by $10.5 billion.

The joint operation between the finance ministry and Pemex benefited from a $3.5 billion infusion from the federal government, the statement added, and will result in an annual $180 million reduction in the state-owned Pemex’s financing costs.

The reduction stems from lowering the gap between the interest rate Pemex pays to service its debt and the government’s sovereign debt by 50 basis points, according to the statement.

Pemex, one of the world’s most indebted oil companies, has struggled with 17-years of declining crude production and in 2020 lost its coveted investment-grade rating.

Halfway through his six-year term, President Andres Manuel Lopez Obrador has sought to boost the company’s operations and finances while simultaneously canceling oil auctions open to private producers as well as tenders to pick joint venture partners for Pemex, a common tool used to share risks and rewards in the international industry.

Lopez Obrador, a leftist who favors a state-controlled energy industry, also seeks to end Pemex’s crude exports in the next few years and instead refine the oil at home in a bid to make Mexico more energy independent.