The financing, which also included participation from existing backers, propels the Chicago-based fintech to unicorn status with a valuation of $1.45 billion. It also marks M1’s fourth funding round in just over a 13-month time frame, and brings its total raised since its mid-2015 inception to over $300 million. Previous investors include Coatue Management, Left Lane Capital, Jump Capital and Clocktower Technology Ventures, among others.

At the time of its Series D in March, M1 was “near unicorn status,” according to founder and CEO Brian Barnes.

The startup combines three different traditional fintech services into one (automated investing, borrowing and banking/spending) and has seen rapid growth over the past couple of years. At the time of its last raise in early March, for example, it had reached $3.5 billion in AUM (assets under management). Today, the company says it now has $4.5 billion in AUM, which is up more than fivefold compared to 18 months prior, according to Barnes.

Since July 1, 2020, the company has more than doubled its user base and tripled its AUM. 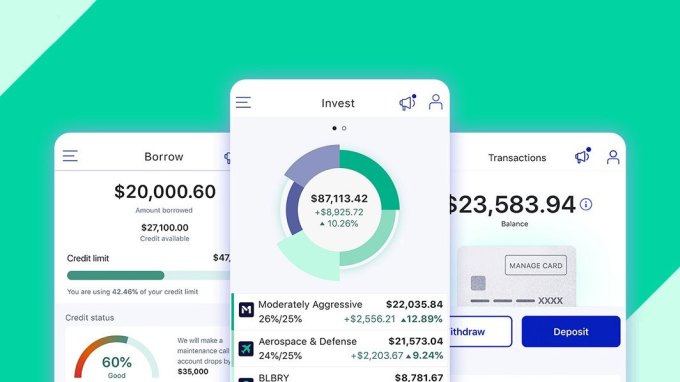 M1 first launched to the public in late 2016 with the mission of building a platform that would help people manage and grow their money “with control and automation – for free.” (For more details on just how M1 makes its money, check out its blog here).

Today, the company says it has “hundreds of thousands” of customers that either invest, conduct digital checking or access portfolio lines of credit through its platform.

Like many other companies, M1 saw a pandemic-driven boost in business.

In particular, there seemed to be a surge of new interest in investing, particularly by millennials, according to Barnes. 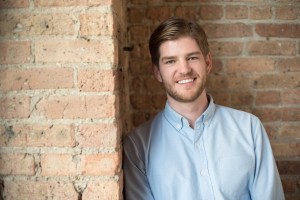 “Lockdown led many to decrease their spending, while an uncertain future increased the appetite to build wealth for the long-term through investing,” he told TechCrunch. “M1 experienced this firsthand. We quadrupled our assets under management since the start of the pandemic last March… and saw a 3x increase in signups in January 2021 compared to the month prior.”

Last December, M1 launched Smart Transfers, allowing its “Plus” clients to automate financial goals based on pre-set rules. In February of this year, it released Custodial Accounts, giving M1 Plus parents or guardians the ability to invest in portfolios for younger generations. In June, M1 launched Send Check, which allows M1 Plus clients to send physical checks from their M1 Spend Plus checking accounts.

“We always want to be the ones pushing for change, just as we have by moving away from the manual input of every trade or one-size-fits-all portfolios,” Barnes said. “Our plan is to continue to innovate across Invest, Borrow and Spend, finding ways to make complex processes seamless.”

The company plans to use its fresh capital to build new products and features, further “innovate” its platform and do more hiring. M1 has grown its headcount from 40 at the start of 2020 to 250 employees today.

As my colleague Alex Wilhelm pointed out when covering M1’s Series D, the company is not the only service in the savings, investing and spending spaces that has seen growth in the last year. Robinhood and Public have done well on the investing side of things, and Chime has scaled quickly in the spending and saving markets.