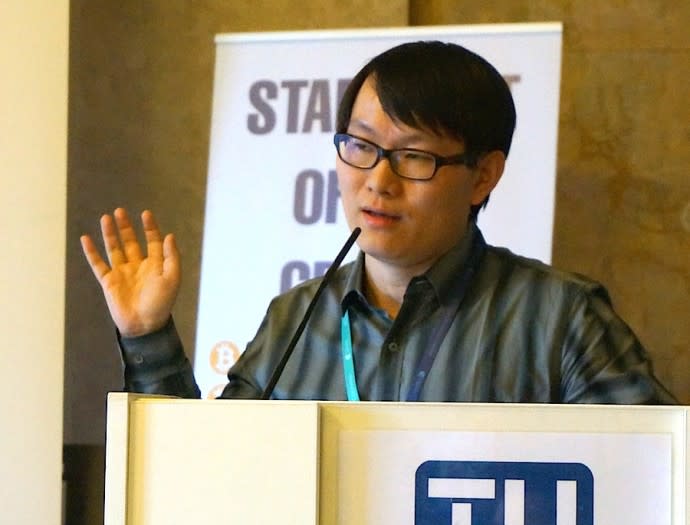 Some Chinese traders and investors are seeking other trading venues after crypto exchange giant Huobi ramped up derivatives restrictions amid China’s crypto crackdown.

“Due to recent dynamic changes in the market, in order to protect the interests of investors, a portion of services such as futures contracts, ETP [exchange-traded products] or other leveraged investment products are temporarily unavailable to new users from a few specified countries and regions,” Huobi wrote in a statement sent to CoinDesk.

The exchange also confirmed that certain restrictions on futures leverage levels were set “in a few specific countries and regions.”

Related: Ant Group Says NFTs Are Not Cryptocurrencies After Digital Artwork Sells Out

Huobi didn’t specify which countries or regions are affected, but according to China-based crypto journalist Colin Wu, the new restrictions specifically target users in China because of the renewed regulatory crackdown in the country.

“The regulators in China have been pointing out that maybe these offshore exchanges offer a lot of leverages…maybe they should not do as much,” Su Zhu, CEO and co-founder of Singapore-based crypto hedge fund Three Arrows Capital, said in his podcast Uncommon Core last Thursday.

Huobi is one of the so-called “Big Three” crypto exchanges popular among Chinese traders and investors; the other two are Binance and OKEx. Huobi’s decision was probably not taken lightly as derivatives are among the key products defining the competition between the three exchanges in the Chinese market.

According to data provider Skew, Binance is now the No. 1 cryptocurrency exchange by bitcoin futures open interest, followed by OKEx. Huobi ranks at No. 6.

The escalation in restrictions has left many long-time Chinese crypto traders scrambling. Many bitcoin miners have been shutting down their operations in China in recent weeks (though without moving out of the country physically), and now traders and investors suddenly feel compelled to find  alternatives to Huobi.

Even though the country banned fiat-to-crypto trading in 2017, Chinese traders and investors have been key parts of the crypto market in the same way China’s miners have had tremendous power in bitcoin mining. A report by blockchain data firm Chainanalysis shows that between June 2019 and July 2020, more than 30% of global crypto trading took place in East Asia, a huge chunk of which is dominated by China.

To some, the obvious alternative to Huobi is Binance.

They are going to “either Binance or smaller China-based exchanges,” Wu told CoinDesk.

OKEx is out of the questoin for many, Wu said, especially for long-time crypto traders in China. That’s because in October, the exchange announced an unexpected five-week-long suspension of the crypto withdrawal service on its platform, saying one of its key holders had “been out of touch” with the exchange since he was “cooperating with a public security bureau in investigations.”

According to several sources who only agreed to speak anonymously on the subject, Binance is more appealing to Chinese traders in part because the company has moved most of its operations and staff outside China since the country’s crackdown on crypto exchanges in 2017.

Binance’s CEO Changpeng “CZ” Zhao previously said that his company does not have headquarters.

Others argue that China’s doubling down on crypto trading ban is creating an opportunity for decentralized exchanges (DEXs).

Three Arrows’ Zhu said in his podcast that people will start to recognize the advantages of using DEXs over centralized exchanges (CEXs), with an example of crypto exchange FTX’s support for Solana-based DEX Serum.

Rachel Lin, CEO of SynFutures, a new decentralized derivatives exchange, told CoinDesk that she has seen more people in China start to become familiar with DEXs, if they aren’t using one already.

Incidents such as what happened to OKEx in October are unlikely to happen on DEXs, according to Lin, because DEXs are smart contracts running on blockchains such as Ethereum.

“Even if the whole team of the DEX project is gone, the code is still there” on the smart contract, she said.

Not everyone agrees that DEXs will be seen as a viable alternative for most traders any time soon. Sam Bankman-Fried, CEO of derivatives exchange FTX, told CoinDesk through a spokesperson that his company is not seeing a move to DEXs.

“I think DEXs have huge upside, but I’d be surprised if they replaced CEXs,” he said. “The products have a long way to go before they’re competitive.”

Most sources who spoke with CoinDesk said that it is too premature to conclude that Chinese investors will flock to DEXs in the near future because the crypto trading crackdown in China affects both centralized and decentralized exchanges, with tightened over-the-counter (OTC) channels for traders to exchange Chinese yuan for bitcoin or U.S. dollar-based stablecoin, tether.