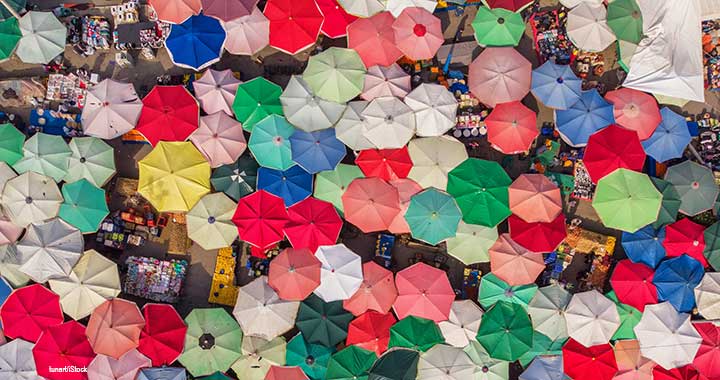 Tara Trousdale, FCMA, CGMA, never expected motherhood to stand in the way of advancing in her career.

Trousdale currently serves as financial director for the UK’s Financial Reporting Council (FRC). But years ago, she was up for a promotion at a previous employer, a job her manager encouraged her to pursue. The position required significant travel, and though she was the mother of a small child, Trousdale knew she had a support system in place to make it work.

“I went to the interview, and it went really well, but then the job was given to a young unmarried man,” she said. “And the reason I didn’t get the role, according to the HR person, was that ‘even though you said you understood the travel implications, as a working mother, we don’t believe you.’ She actually said that to me.”

Trousdale said since she was in a junior position at the time, she didn’t feel she could fight the decision. She later left the company.

Gender- and race-based inequities in the corporate finance field continue to be an issue, despite improvements in recent years, according to a recent Gartner global labour market survey. Conducted during the second quarter of 2020, the survey included more than 25,000 respondents worldwide.

The study found women make up nearly 60% of junior-level roles but only 40% of senior roles, suggesting continued disparities in the number of women promoted to leadership positions in finance and accounting.

That divide further widens when it comes to people of colour, with 16% in junior-level roles, and only 6% in senior positions. And that reflects an overall trend of underrepresentation of people of colour in the profession — according to Gartner’s data, people of colour account for only 11% of the total corporate finance workforce.

“As you progress in your career, you become more aware,” said Helen Berhane, FCMA, CGMA, CPA (Canada), manager for finance and operations at the University of Toronto. “And you realise there aren’t a lot of women leaders, and even fewer Black women in leadership roles. I feel there is more work to be done.”

For companies that want to do that work to improve diversity and inclusion in their finance and accounting roles, there are elements of best practices to follow.

Focus on policy change: One of the main keys to breaking that glass ceiling for women and people of colour, Berhane said, is having those in leadership roles make a concerted effort to recruit and promote diverse candidates to positions across all levels of the organisation.

And a major part of achieving that is creating measurable policies and protocols that encourage diversity, such as identifying a diversity and inclusion specialist and offering training for employees.

“There are organisations that have good intentions of becoming diverse and inclusive, but when you look at the real culture of the organisation, there are many biases for leadership,” she said. “When there is a leader interested in making [diversity and inclusion] happen, it trickles down and people can get measured on it and make an impact — it’s not just putting it on paper.”

Human resources’ buy-in needed: But senior management can’t be the only stakeholders with an interest in increasing a company’s diversity. Human resource officers and any employee responsible for vetting and interviewing potential job candidates also play a critical role in fostering a culture of inclusivity.

“We need to look at our HR processes. How do we ensure there’s proper representation among the candidates?” said Shahana Khan, ACMA, CGMA, the CFO at Fakeeh University Hospital in Dubai. “We should be making sure interviewers are representative and that there is training given to interviewers to be fair judges of who comes through the door.”

Making diversity an organisational priority: Engaging employees at all levels in an organisation is important to successfully creating a culture of inclusion as well. At the FRC, for instance, employees can participate in groups that work towards overall diversity, along with specialised groups for women, ethnic minorities, and LGBTQ employees.

And providing support and encouragement to employees of diverse backgrounds arms them with the tools they need to grow and advance in their careers. Khan said she has had success in pairing employees with mentors who can challenge and encourage them to overcome the biases that may hold them back.

“There tends to be an inherent lack of self-belief and self-confidence that they can’t get to the top positions, so they don’t even bother trying,” Khan said. “Pushing talented BME [Black and minority ethnic] or women into challenges that take them out of their comfort zone gives them the opportunity to stretch and swim rather than sink. They learn so much from it.”

As the finance profession continues to expand in response to an increasingly global marketplace, the issue of diversity and inclusion becomes much more than simply a human resources matter. It’s a reflection of a business’s values, and a key to acquiring and more effectively serving a wider range of clients.

CIMA is hosting the webinar “Developing and Sustaining a Diverse Talent Pipeline” at 5.30pm BST on 17 May. You can sign up or learn more here.

— Jennifer Bringle is a freelance writer based in the US. To comment on this article or to suggest an idea for another article, contact Chris Baysden, an FM magazine associate director, at Chris.Baysden@aicpa-cima.com.