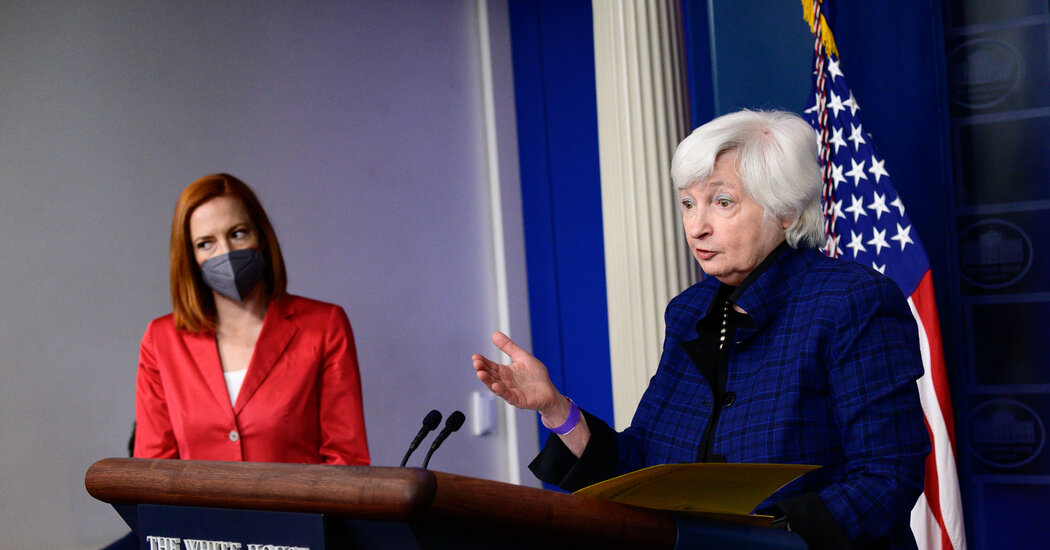 Finance ministers from the Group of 7 nations started two days of high-stakes meetings in London on Friday, seeking to keep the global economic recovery on course and to make progress in a long-sought overhaul of the international tax system.

The summit is the first in-person gathering of top officials from the world’s advanced economies since the pandemic emerged in early 2020 and turned such events into virtual affairs. As they huddle at London’s Lancaster House, officials are expected to discuss how much additional fiscal support their countries require, how to help developing countries gain access to vaccine supplies and ways to collaborate more effectively to combat climate change.

For Treasury Secretary Janet L. Yellen, who is making her first international trip as President Biden’s top economic diplomat, a key priority will be gathering support behind a broad agreement that aims to put an end to global tax havens in hopes of finalizing a deal by July.

The talks began with additional urgency as Mr. Biden continues to try to raise taxes on American corporations, including those that are profitable but report no federal income tax liability. Business groups and Republicans have complained that raising taxes in the United States will put American companies at a global disadvantage and provide an incentive for firms to move overseas.

The Biden administration is pushing for a global minimum tax to try to prevent that from happening. The United States has expressed support for a global tax of at least 15 percent and offered a separate proposal that would put an additional levy on the world’s largest 100 companies that would be paid to countries based on where goods or services are sold. The Biden administration hopes that such a pact would curb offshoring and stop the spread of digital services taxes in Europe that it believes are unfairly targeting American technology companies.

The meetings with be the first test of Ms. Yellen’s deal making ability as Treasury secretary. She met on Thursday evening with Rishi Sunak, Britain’s chancellor of the Exchequer, who has yet to publicly back the U.S. proposals. Ms. Yellen said on Twitter that it was a “great conversation” about shared priorities.

Ms. Yellen is scheduled to meet with the rest of her G7 counterparts along with Paschal Donohue, the Irish finance minister who is attending in his capacity as Eurogroup president. Ireland, which has a tax rate of just 12.5 percent and is not part of the G7, has expressed its opposition to the global minimum tax proposals.

A Treasury official said this week that the meetings could conclude without resolution over critical details such as a minimum tax rate. The United States hopes that the talks will yield momentum going into the Group of 20 meeting that will be held next month in Italy, the official said.

The top economic officials from Spain, Italy, France and Germany expressed optimism on Friday morning that the tax negotiations, which have been going on for several years, are on track. In an essay published in The Guardian newspaper, they suggested that the new negotiating approach from the Biden administration was more constructive than the tactics of the Trump administration, which walked away from the bargaining table last year.

“With the new Biden administration, there is no longer the threat of a veto hanging over this new system,” they wrote, adding that they thought a global tax agreement could be done by July. “It is within our reach.”