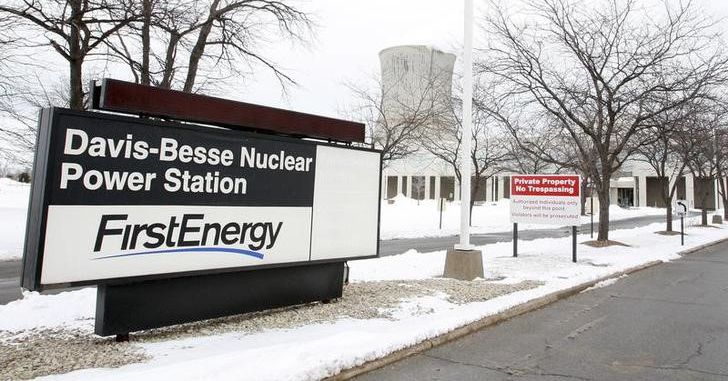 The company and law firm names shown above are generated automatically based on the text of the article. We are improving this feature as we continue to test and develop in beta. We welcome feedback, which you can provide using the feedback tab on the right of the page.

(Reuters) – A bizarre battle between two Ohio federal judges over control of shareholder derivative litigation has snarled a $180 million settlement with board members of Ohio utility company FirstEnergy Corp.

U.S. District Judge Algenon Marbley of Columbus issued an order on Feb. 11 staying consolidated derivative litigation in his court. The stay order was intended to allow court-appointed plaintiffs lawyers to finalize their proposed $180 million agreement with FirstEnergy board members and to seek Marbley’s approval of the deal, which would resolve allegations that board members oversaw a scheme to shell out $60 million in bribes to Ohio politicians in exchange for favorable legislation. (FirstEnergy has already paid $230 million in a deferred prosecution agreement last summer with the U.S. government.)

Marbley’s stay order also enjoined everyone in the case from litigating parallel claims in any other action. That was a prescient warning.

Hours after the Columbus judge issued his stay order, U.S. District Judge John Adams of Akron refused to halt discovery in a separate derivative case asserting exactly the same claims as those in the Columbus litigation.

Adams, who had been skeptical at a hearing in January that the case should be settled before shareholders completed discovery, said he suspected plaintiffs and defendants were forum shopping to get Marbley to sign off on their deal.

He ordered plaintiffs lawyers and defense counsel to provide him with additional information about the proposed settlement, including the amount of D&O insurance money in defendants’ policies. Adams also demanded to see any communications between the parties and the Columbus court about how to get the settlement approved.

And to make matters even more complicated, there’s no official lead counsel in the case before Adams. He has been allowing the lawyers appointed by Marbley in the consolidated Columbus litigation – Saxena White and Bernstein Litowitz Berger & Grossmann as lead counsel and Cohen Milstein Sellers & Toll as additional counsel – to litigate the Akron case as well. But Adams threatened at a Jan. 10 status conference to appoint new lead counsel if the parties were to propose a settlement before conducting depositions – which is exactly what they’ve done.

There’s a distinct possibility, in other words, that in the next few weeks, lead counsel will obtain approval of their proposed global settlement from Marbley but will be bounced out of the parallel Akron litigation by Adams.

Lawyers in the case aren’t talking. Saxena White and Cohen Milstein declined to provide a statement responding to my email query. Bernstein Litowitz didn’t respond. I also emailed defense counsel Marjorie Duffy of Jones Day and Joseph Warin of Gibson, Dunn & Crutcher but didn’t hear back. A FirstEnergy spokesperson said by email that the settlement complements the company’s efforts to strengthen its corporate governance and compliance programs but declined to comment on developments in the litigation. I left a message with Adams’ chambers, which was not immediately returned.

You’re no doubt wondering how it is that both Marbley and Adams are presiding over nearly identical derivative suits in federal court. The first shareholder derivative case against FirstEnergy’s board members was filed in Adams’ district in August 2020. FirstEnergy is, after all, based in Akron. But the public corruption investigation of the company and Ohio legislators are based in Columbus. In September 2020, several other shareholders filed derivative suits in federal court in that district.

Marbley acted quickly, consolidating the Columbus cases and appointing lead counsel in an order in November 2020. Lead counsel in the consolidated Columbus litigation then moved to intervene in the Akron case, arguing that it should also be transferred to Marbley’s court. Defendants opposed the transfer. They filed a quick motion to dismiss the Akron case, presumably in the hope that they’d get two chances, before Adams and Marbley, for a favorable decision.

In May 2021, Adams ruled that the pension funds appointed to lead the Columbus case could intervene in the Akron suit, but that he would not transfer the Akron case. The Akron suit was filed first, he said, and there were no compelling reasons to pick Columbus instead. Adams conceded that it was “not ideal” to continue the litigation on two separate tracks, but he said he had minimized the risk of conflicting decisions by allowing the Columbus lead counsel to intervene in the Akron case.

The strategy worked over the next several months. Marbley had actually denied the defendants’ motion to dismiss in an exhaustive decision issued two days before Adams refused to transfer the Akron case. In September, Adams adopted Marbley’s reasoning and denied defendants’ motion to toss the case. Both judges also refused to stay discovery in the derivative suits to allow a FirstEnergy special litigation committee to investigate the company’s potential claims. (The 6th U.S. Circuit Court of Appeals subsequently declined to reverse those rulings.)

But in January, after the parties disclosed their plans to hold a settlement mediation conference with retired federal judge Layn Phillips, Adams broke ranks. In status conferences on Jan. 10 and Jan. 28, he warned plaintiffs lawyers that they were speeding to settlement before they obtained all of the necessary facts through discovery.

Jeroen van Kwawegen of Bernstein Litowitz reminded Adams that additional litigation would eat up insurance money that would otherwise go the company in a derivative settlement. Adams was unappeased. At the Jan. 28 hearing, he told lawyers on both sides that he wanted depositions to be conducted at the courthouse in Akron so that he could rule quickly on disputed questions.

“I don’t know how you could possibly settle this case at this stage of the proceedings without further discovery or certainly detailed discovery,” he said.

Adams’ order last week reflects that view. Marbley’s order in the Columbus case reflects a different one. And a $180 million settlement is stuck between them.

Adams had ordered a March 9 hearing. It should be quite a show.

Opinions expressed are those of the author. They do not reflect the views of Reuters News, which, under the Trust Principles, is committed to integrity, independence, and freedom from bias.

Alison Frankel has covered high-stakes commercial litigation as a columnist for Reuters since 2011. A Dartmouth college graduate, she has worked as a journalist in New York covering the legal industry and the law for more than three decades. Before joining Reuters, she was a writer and editor at The American Lawyer. Frankel is the author of Double Eagle: The Epic Story of the World’s Most Valuable Coin.