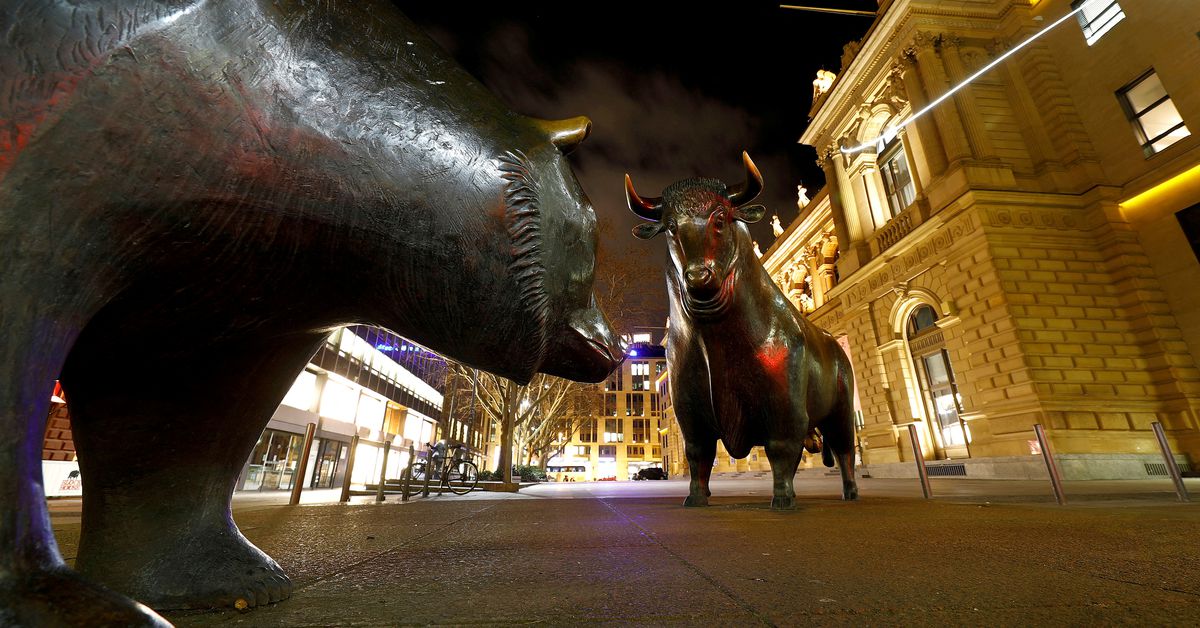 LONDON, Nov 28 (Reuters) – Banks and other market participants in the European Union will have to prove to regulators that they are not overly reliant on clearing houses in London for processing their derivatives transactions, an EU draft document seen by Reuters showed.

The EU has long wanted to end heavy reliance on London-based clearing houses, such as London Stock Exchange Group’s (LSEG.L) LCH, for clearing euro-denominated interest rate swaps, particularly now Britain is no longer a member of the bloc.

Brexit has meant that much of the UK financial sector has been cut off from the EU, but Brussels has allowed clearers in London to continue serving customers in the bloc until June 30, 2025.

The loss of clearing in contract worth trillions of euros would be a further knock to the City as it faces new competition from EU financial centres like Paris and Frankfurt, alongside longstanding rivals such as New York and Singapore.

Global banks have warned Brussels they could clear contracts in the United States if the EU is too heavy-handed.

The EU’s executive body, the European Commission, set out in a draft law proposed requirements for market participants to have an “active account” with a yet-to-be determined minimum level of activity at a clearing house in the EU.

Clearers are backed by a default fund to ensure that trades are completed even if one side of the transaction goes bust.

The measures are aimed at safeguarding financial stability by ending “excessive exposures” to “a few” non-EU clearers, the draft added, with the minimum level of activity to be decided by the EU’s European Securities and Markets Authority (ESMA) and other regulators in the bloc.

“In addition, ESMA should indicate suitable phase-in periods for the progressive implementation of that requirement,” the draft said.

ESMA would hold a public consultation and publish a cost-benefit analysis. Market participants will have to report to regulators how much they use foreign clearers.

About 60% of EU customers of EU clearers already have an account for rate swaps, rising to 85% for credit default swaps, but many of the accounts are not regularly used, a step Deutsche Boerse’s Eurex Clearing in Frankfurt is seeking to remedy on a voluntary basis ahead of the EU law.

The commission is due to publish the draft law on Dec. 7, with the European Parliament and EU states having the final say.

The EU wants to increase “strategic autonomy” in its capital market to encourage companies to raise funds by issuing stocks on bonds, and ease reliance on bank loans.

An industry official said the proposals were “pragmatic” and focused on building up internal clearing capacity by making it easier and faster to approve new products and risk models at EU clearers to keep abreast of market changes.

Global banks have warned Brussels that heavy, mandatory action forcing them to shift euro derivatives clearing out of London would backfire on EU banks, who need access to global liquidity pools in London, and could send clearing activity to the United States.

The proposals also tackle issues raised in commodity derivatives markets this year when energy prices rocketed after Russia’s invasion of Ukraine. It left energy firms unable to meet collateral calls on their derivatives contracts and forced governments to intervene.

ESMA should also review rules for clearing commodity derivatives to see if better differentiation is needed between agriculture, energy and metals contracts, or based on other features such as environmental, social and governance criteria, environmentally sustainable investments or crypto related features”, the draft said.