DeFi could revolutionize finance. Can regulators do anything about it? – MarketWatch 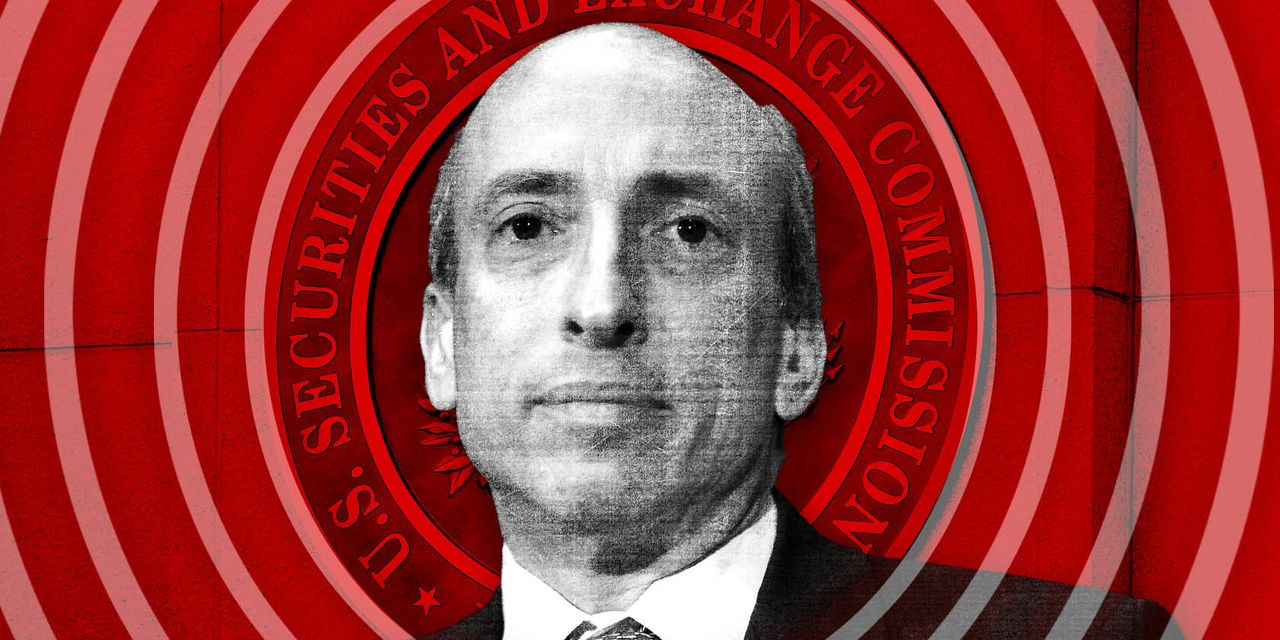 More than a decade after its creation, bitcoin BTCUSD, and other cryptocurrencies have failed to achieve the dream of a new, widely-used global currency free from the manipulations of central banks. Yet the burgeoning movement of decentralized finance, or DeFi, has the potential to shake the very foundations of central banking and financial regulation that has defined the U.S. financial system for more than a century.

DeFi is an alternate financial universe comprising countless applications that run autonomously, mostly on the Ethereum ETHUSD, network, where users can deposit their digital assets and earn returns, borrow or loan money and even buy and sell derivatives of blue-chip equities like Apple AAPL, and Tesla TSLA, .

For the tech-savvy investors that play in this space, DeFi has become a bonanza, with the total market capitalization of DeFi tokens reaching nearly $150 billion at its May peak and with $100 billion in total assets invested in DeFi applications, according to Defi Llama.

For financial regulators, DeFi represents at best a conundrum and at worst an existential threat to public oversight of financial markets. Commissioner Dan Berkovitz of the Commodity Futures Trading Commission said during a June speech that a purely decentralized financial system that eliminates institutions like banks, brokers and exchanges threatens to turn the U.S. economy into a “Hobbesian marketplace with each person looking out for themselves,” because regulators can only enforce bans against money laundering and fraud, and recover ill-gotten funds for consumers, by holding intermediaries accountable.

Last Wednesday, Securities and Exchange Commission Chairman Gary Gensler also sent a warning to investors on decentralized exchanges, emphasizing that their activity is still “implicated” by securities laws and that the SEC will not hesitate to bring cases against such participants.

Enforcing these laws in the DeFi space may not be so simple, Jai Massari, a partner at the law firm Davis Polk, told MarketWatch in an interview. She said that DeFi regulation will be far more difficult that what the SEC and other regulators have had to do to bring some semblance of order to crypto markets so far.

“DeFi may present much harder legal questions, because it can represent decentralization and disintermediation in a way that regulators haven’t faced before,” Massari said. “That’s a different challenge, a very different animal and a more difficult set of questions.”

The institutions are coming

Wouter Witvoet is CEO of a company called DeFi Technologies Inc. DEFTF, that offers clients a chance to earn money from DeFi, without having to learn how to access decentralized exchanges, how to safely store cryptocurrencies or understand rapidly changing dynamics between thousands of digital currencies, with new ones created each day.

DeFi Technologies invests in DeFi protocols, or sets of computer code, earning valuable tokens awarded to users of these programs, and lends out cryptocurrencies on these protocols to earn yields. It also invests directly in DeFi projects and companies.

Witovet compared his company to the publicly traded Grayscale Bitcoin Investment Trust GBTC, , which enables investors to get exposure to the price of bitcoin in their portfolios. DeFi technologies does the same, but for DeFi activities.

“All you have to do is buy our stock and then it just sits in your brokerage account next to your shares of Apple and Tesla,” he told MarketWatch. “You know you’ll get exposure to cash flows and revenues from these DeFi projects.”

DeFi Technologies is just one of dozens of regulated entities that want to act as an intermediary between the general public and DeFi markets. Companies like Shyft Network have designed protocols that help cryptocurrency companies comply with anti-money laundering and know-your-customer laws, while regulated entities like online bank Current have announced plans to work with DeFi protocols to allow their customers to profit from high yields that can be earned with cryptocurrency lending.

Even Goldman Sachs GS, is attempting to get into the game, requesting permission Monday from the SEC to issue a “Innovate DeFi and Blockchain Equity ETF,” though it wouldn’t involve direct investment in DeFi projects.

A clash of cultures

The institutionalization of DeFi has attracted venture capital firms by the droves, but this trend doesn’t necessarily sit well with devotees of decentralized technology.

Chris Blec, publisher of the website DeFi Watch, is a bitcoin enthusiast who was drawn to the digital currency because of his skepticism of central banks and large financial institutions, but frustrated that if he wanted to actually trade bitcoin, or use it to purchase things, he had to go through centralized and regulated exchanges.

“When I saw decentralized exchanges being built, I saw the potential for decentralized services and the possibility of reimagining banking,” he told MarketWatch. “When you combine decentralized cryptocurrency with decentralized finance you have an opportunity to reinvent the whole system from the ground up.”

But Blec quickly turned to a critic of DeFi as he saw developers building in governance structures to their protocols that could easily be manipulated by powerful venture capitalists who have an interest in mainstreaming the technology, which would eventually mean regulation.

“Some of the DeFi applications being built can be radically modified to introduce know-your-customer and anti-money laundering laws and meet other regulatory requests,” he said. “These things can be modified by anywhere from one to five of their biggest investors.”

He gave the example of Compound, a protocol for borrowing and lending cryptocurrencies, which has about $8.3 billion invested in it. Users are rewarded for participating in the protocol with a governance token, and users are able to vote on changes to the protocol, proportional to the number of tokens they own.

Venture capital firms were eager investors in Compound Labs Inc., which developed the protocol, and are now accumulating COMP tokens at a scale that could enable them to modify the protocol as they wish, Blec said.

Even if traditional financial companies are to become major players in the DeFi space and use their influence to make many popular protocols compliant with regulation, new applications will proliferate that don’t follow the rules.

DeFi technology enables developers, many of whom maintain anonymity, to release code that can function independently. Such applications may well grow to become a shadow financial system where hucksters are free to promote scam products and criminals will be able to launder ill-gotten gains with ease.

The complexity of DeFi is one factor that may well limit the scope of that shadow financial system, according to Sumedha Deshmukh, a blockchain expert at the World Economic Forum and co-author of a June white paper on regulating DeFi. She said that if DeFi does become more widespread, it’s likely that most people will interact with that technology through incumbent institutions that have adopted it for efficiency reasons.

For those flouting security laws on these platforms, Deshmukh expects there won’t be “real-time accountability,” but that regulators will find a way to pursue the most egregious scams, and that the transparency of blockchain transactions has enabled law enforcement to track criminal behavior fairly well so far.

Despite the growth of DeFi, people still cannot run businesses or transact in the real economy without the use of fiat currencies like the U.S. dollar, so regulators can still closely watch the “on-ramps and off-ramps” between the crypto and traditional economies, she added.

That said, the issue of investor protection could remain a difficult one because financial regulators don’t have the experience hunting down anonymous grifters and because they can’t bring actions against computer code the way they do to brokers and banks. “That’s the million dollar question at this point,” Deshmukh said. “How to find the right mechanisms for accountability.”