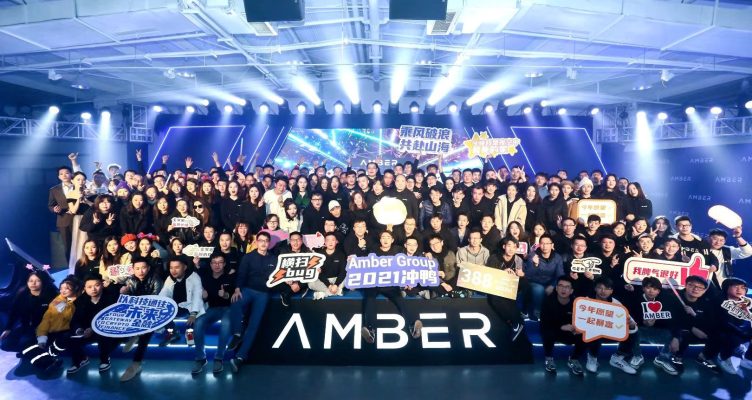 More mainstream venture capital firms are jumping on the crypto bandwagon as investors increasingly consider bitcoin an investable asset, despite the recent massive price drops of a few major cryptocurrencies. Amber Group, a Hong Kong-based cryptocurrency trading startup, said on Monday it has raised $100 million in a Series B funding round at a pre-money valuation of $1 billion.

The latest valuation is ten times that of the company’s Series A closed in 2019, a $28 million round that counted Coinbase Ventures as one of its investors. Also notably, Amber’s Series B financing was bankrolled by a list of high-profile financial and VC firms, including China Renaissance, which led the round, and Tiger Brokers, Tiger Global Management, Arena Holdings, Tru Arrow Partners, Sky9 Capital, DCM Ventures, and Gobi Partners.

Its past investors Pantera Capital, Coinbase Ventures, and Blockchain.com also participated in the round.

In May, Babel Finance, another crypto asset manager based out of Hong Kong, secured $40 million in funding from a number of big-name institutional investors, including Amber’s investor Tiger Global.

Founded by a group of former investment bankers in their twenties, Amber initially set out to apply machine learning algorithms to quantitative trading but pivoted in 2017 to crypto when the team saw spikes in virtual currency’s trading volumes. The startup now serves both institutional and individual investors, offering them algorithmic trading, electronic market-making, high-frequency trading, OTC trading, borrowing and lending, derivatives, among other products.

The firm launched its mobile app in the third quarter of 2020, widening its scope from institutional clients to retail consumers. It said the trading app has so far accumulated over 100,000 registered users.

Amber has been profitable since its inception, according to its co-founder and CEO Michael Wu, with annualized revenues of $500 million based on figures from January to April 2021.

The startup has seen “record months over the past quarter across both client flow and on-exchange market-making volumes,” said Wu, and it now accounts for “2-3% of total trading volumes in major spot and derivative markets.” Its cumulative trading volumes have doubled from $250 billion since the beginning of the year to over $500 billion. Altogether, it manages around $1.5 billion in trading capital that varies based on BTC and ETH prices.

Amber has over 330 employees worldwide across Hong Kong, Taipei, Seoul, and Vancouver. The proceeds from its Series B will go towards global expansion.