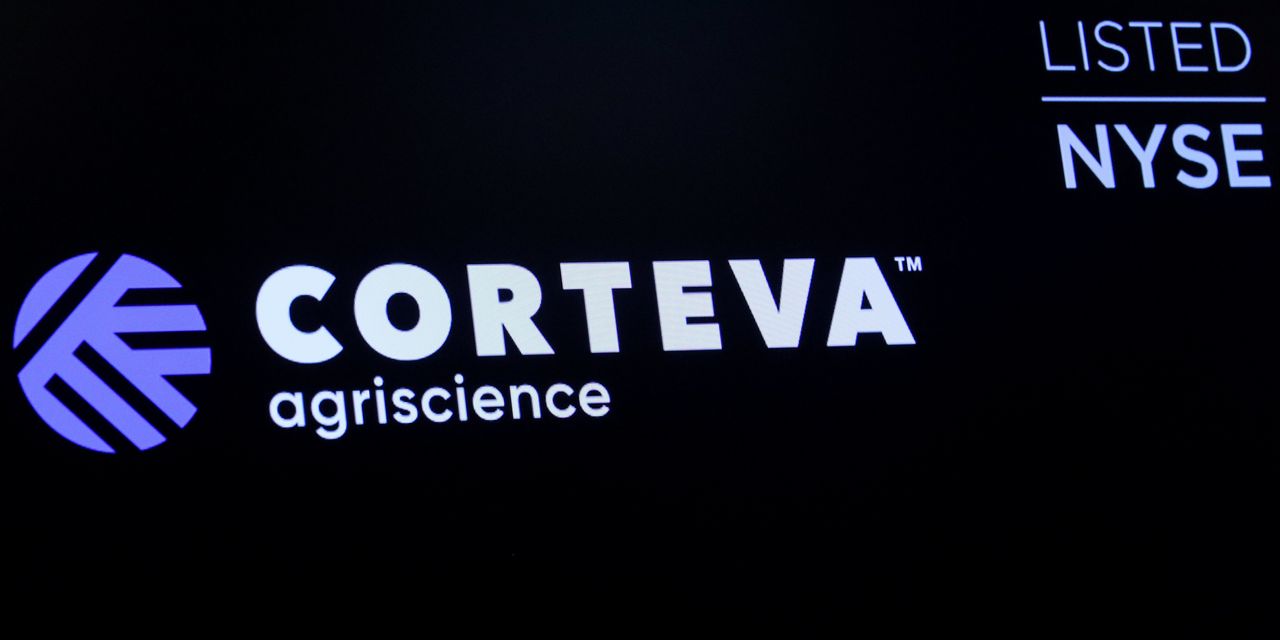 Corteva Inc. has hired a veteran finance executive as its new chief financial officer, weeks after the agricultural products company averted a potential proxy fight with an activist investor.

Wilmington, Del.-based Corteva on Tuesday said Dave Anderson would become its executive vice president and chief financial officer, effective April 12. Mr. Anderson will succeed current CFO Gregory R. Friedman, who has been in the role since September 2018 and plans to retire.

The 71-year-old Mr. Anderson has led the finances of various companies, including technology conglomerate Honeywell International Inc. from 2003 to 2014, Alexion Pharmaceuticals Inc. from December 2016 to August 2017, and data firm Nielsen Holdings PLC from September 2018 to December 2019.

The Morning Ledger provides daily news and insights on corporate finance from the CFO Journal team.

Corteva, which was spun off from DowDuPont in 2019, agreed to give activist hedge fund Starboard Value LP three seats on its board last month. Starboard, which first disclosed a stake in Corteva last October, criticized the company’s performance and sought to replace its Chief Executive James Collins earlier this year.

Corteva, which sells seeds and crop protection products to farmers, in February forecast its operating profit would rise 15% to 20% in the year ahead, boosted by strong demand for genetically engineered soybeans and weedkillers. The company reported net sales of $14.2 billion for 2020, up 3% from the previous year, and a net income of $681 million compared with a net loss of $959 million in 2019.

In his new role, Mr. Anderson most likely will be managing the cost and allocation of funds for research and development, said Seth Goldstein, a senior equity analyst at Morningstar Inc.’s research division.

“Dave Anderson’s appointment signals that Corteva valued prior experience leading the finance organization for large companies over agriculture industry experience when they searched for their next CFO,” Mr. Goldstein said. Corteva declined to comment beyond its press statement.

Mr. Collins, in the statement, lauded Mr. Anderson’s record as CFO of both established businesses and startups. “I look forward to capitalizing on his expertise as we take our strong organization to the next level.”

The appointment could indicate that Corteva is looking to increase accountability and transparency, said Mark Connelly, a managing director at financial services firm Stephens Inc. “[Mr. Friedman] attempted to make some helpful changes in reporting and emphasized capital returns, but was seen as ‘another insider’ in an organization that many investors think needs a culture change,” Mr. Connelly said.

In his new role, Mr. Anderson will have an annual base salary of $750,000, with other compensation including a one-time equity award valued at $2.5 million, which will be given in the form of restricted stock units, Corteva said in a filing with securities regulators.

—Jacob Bunge and Allison Prang contributed to this article.

Write to Nina Trentmann at Nina.Trentmann@wsj.com