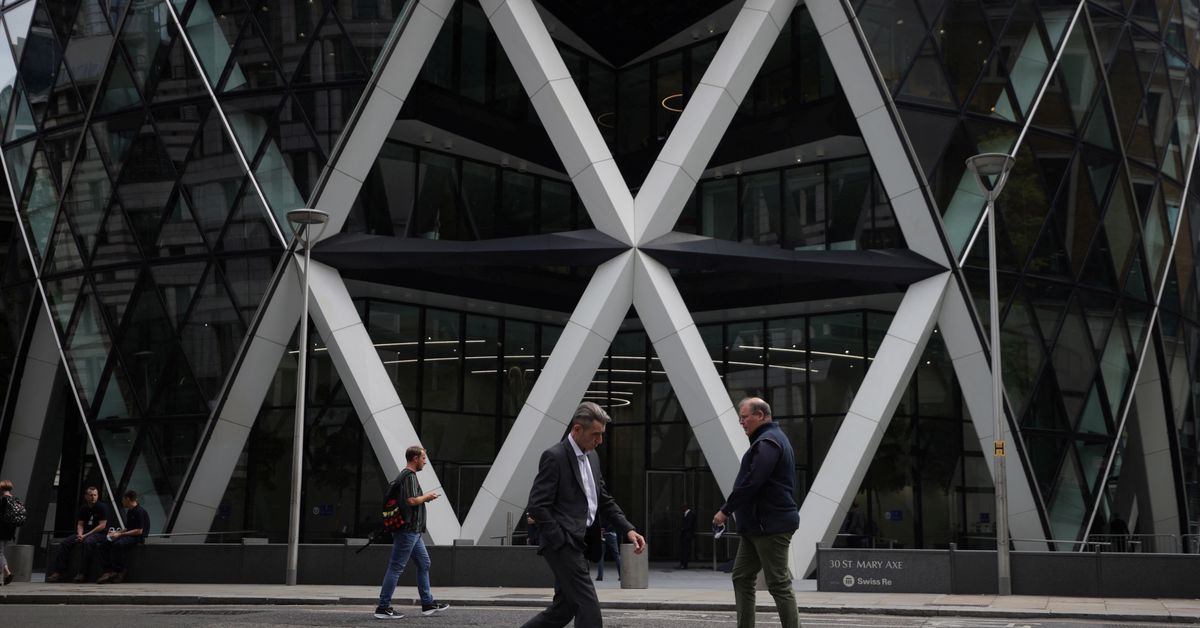 LONDON, Jan 5 (Reuters) – Getting ahead in global finance after Brexit needs sustained British government impetus, the City of London’s policy chief said on Wednesday, adding that COVID-19 may be masking some of the impact of leaving the EU.

Britain’s financial sector lost most of its access to the European Union, which had been its single biggest export customer, after completing its exit from the bloc a year ago.

And while it has adapted smoothly to Brexit, the full implications were still working their way through, Catherine McGuinness, whose five-year term as policy chief for the ‘Square Mile’ financial district ends in May, told Reuters.

Some 7,400 finance jobs, far fewer than initially predicted, have moved from London to new EU banking hubs, but COVID-19 “may be masking what’s really going on”, McGuinness said.

“We are certainly not at a new normal….We need to put Brexit behind us. What really matters now is maintaining our competitive edge in future,” she added.

“It’s not a given that people will want to come to London.”

Banks in London are voicing frustration at the cost and time of running duplicate British and EU hubs, but they are still committed to having operations in the capital, McGuinness said.

The European Central Bank has resumed pressure on banks in London’s financial districts to adequately staff their new EU hubs after delays due to pandemic restrictions.

McGuinness welcomed the British finance ministry’s promise of a “new chapter” in financial services and its proposals to make the financial sector more globally attractive, with some changes such as flexible listing rules already in place.

More needs to be done to get on the “front foot” in global finance and make the most of Britain’s new situation she said, adding that after much consultation, action was needed.

Britain’s finance ministry responded by saying it was delivering on its roadmap for keeping the City of London at the top table by making it more open, competitive, technologically advanced and sustainable.

“We will continue to work at pace, alongside the industry and regulators, to drive forward our reforms,” it said.

McGuinness said that relations with the EU need to be put on a “new footing”, although a proposed cooperation forum for financial watchdogs has yet to be signed off by the bloc.

Brussels has said it wants the spat between the EU and Britain over the Northern Ireland protocol sorted out first before it can begin rebuilding trust in cross-Channel finance.

McGuinness has had to grapple with damage from Brexit at a time when COVID-19 restrictions, recently renewed due to the Omicron variant, have emptied its streets, putting at risk sandwich shops, bars and other services used by City workers.

“I am really hopeful we can get people back to their offices soon because for some of these businesses that have really struggled to survive over the last couple of years, this may be the final straw,” she said.