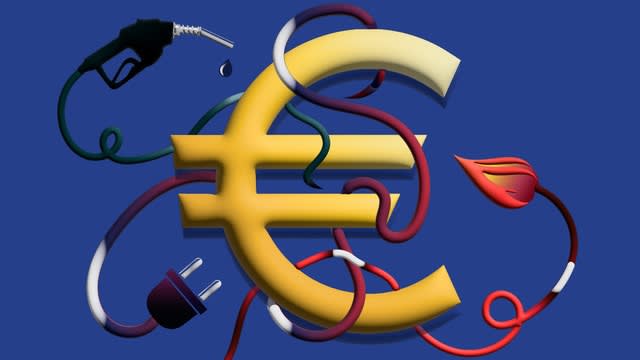 When European leaders meet in Brussels on Friday to tackle the continent’s energy crisis, politicians will be focused on windfall taxes and energy price caps. And no wonder: spiralling electricity costs are creating mounting pain for households and businesses — and political upheaval.

However, investors should keep an eye on another item on the agenda: their approach to energy derivatives markets, clearing houses and exchanges. This might seem arcane but the issues now bubbling in the derivatives sphere represent another potential time bomb for Europe — one that needs to be urgently addressed.

In recent years European utilities have fallen into the habit of using derivatives to lock in the price of their future electricity sales (ie before actually serving consumers) in order to protect themselves against possible price falls.

Since electricity prices have obviously surged — not fallen — this year, utilities do not actually need this protection, and will eventually reap a revenue bonanza. But they cannot cancel the contracts, and the price surges have created massive paper losses. The exchanges are now trying to protect themselves against the risks by demanding that the utilities post collateral, which would normally come in the form of cash.

How big these margin calls might be remains unclear. But an official at Equinor, the Norwegian energy group, suggested this week that €1.5tn collateral could be required — more than 5 per cent of Europe’s gross domestic product. Meanwhile Mika Lintilä, Finland’s energy minister, likened the problem to “the energy sector’s version of [the] Lehman Brothers” disaster — a shock that might spark contagion.

This may be too alarmist; if EU ministers cap the price of electricity, margin calls might be smaller. But they will not disappear. Amid the uncertainty, there are two points that are clear: first most utility companies do not have enough working capital to meet big collateral calls without help; second, government regulators and private sector risk managers have badly dropped the ball by failing to prepare for this shock.

After all, it has long been known that commodity price swings create financial stress, particularly when derivatives are in the mix. In the 20th century, three global clearing houses collapsed because of wild commodity price swings and margin calls, and a debacle around silver prices, due to (in)famous trading by the Hunt brothers, contributed to the failure of some American banks.

More recently, in 2018, a single Norwegian oil trader badly dented Nasdaq’s Swedish clearing house, after he posted huge losses without proper collateral buffers. If nothing else, this underscored “the importance of maintaining sufficient market liquidity for central clearing to support default management in stressed conditions”, as a Bank for International Settlements report solemnly notes.

Yet, Europe’s politicians and regulators only really started focusing on the issue when Putin’s government cut off gas supplies, accelerating the electricity price spike. This smacks of poor scenario planning — even allowing for the unpredictable nature of (economic) war.

So can ministers now quell the crisis? Hopefully yes. There are at least three steps they could take. One would be to ask exchanges to stop raising margin calls, given the crisis. A second would be to widen the list of collateral that utilities can use to meet margin calls, to create more breathing room. A third would be to ask governments to bail out the utilities, either by providing the collateral for derivatives deals, offering bridging loans to replenish their working capital — or, in extremis, nationalising some companies.

Out of these three options, the first is a very bad idea; after all, if clearing houses do not demand collateral they risk imploding themselves, which poses new systemic risks. The second option, however, is entirely feasible and likely to occur. One sensible fix that the industry has asked for is that Europe should copy the current rules in America, which let utilities use uncollateralised bank loans to meet margin calls (instead of the current EU regime which only accepts cash or collateralised credit lines.)

However, even if this happens, governments will still need to use the third option — taxpayer support — since banks are unlikely to provide credit lines without a public sector backstop; and even then, such credit lines may not suffice.

Hopefully, public support will be forthcoming; countries including Sweden and Finland have already announced packages of aid.Britain joined their ranks on Thursday. This should help restore calm. And the one saving grace of these derivatives contracts is that they will expire in a few months. So this is primarily a liquidity shock, not a solvency crunch. Or not yet.

The current dislocation in derivatives is, to a large degree, simply a reflection of the longer-term structural flaws in Europe’s energy sector as a whole. These need to be addressed, as surely as that €1.5tn derivatives time bomb. All eyes on Brussels.