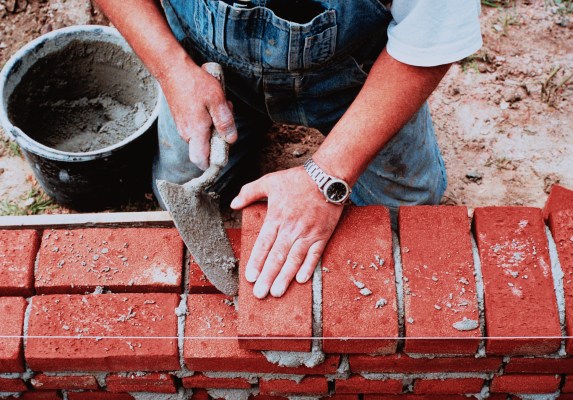 Financial apps are proliferating across Southeast Asia, making things like bookkeeping or securing an online loan easier. But this means fintechs need access to large amounts of data that they can use to verify customer identity, creditworthiness or aggregate information from online accounts. Brick wants to simplify the process with a suite of APIs that connects financial apps to “hyper-local” sources of data, including banks, mobile wallets and telecoms.

The company announced today it has closed a $8.5 million seed round led by Flourish Ventures and Antler. This amount includes Brick’s previously undisclosed seed funding, which TechCrunch reported in May 2021, but the majority of it is fresh capital, said co-founder and CEO Gavin Tan. Brick currently operates primarily in Indonesia, but is planning to expand into Singapore and the Philippines before eventually covering all markets in Southeast Asia.

Founded in in 2020 by Tan and CTO Deepak Malhotra, Brick now has more than 50 paying clients and supports more than 13 million API calls and almost one million consumers a month. Tan was an early employee at Aspire, the neobank, while Malhotra was co-founder and CTO of Indian neobank Slice.

Brick’s 25 data partners include some of Indonesia’s largest banks, but Tan says that over the past year, “we actually moved away a bit from the focus on just banking because of the local landscape and huge unbanked/underbanked population in Indonesia and Southeast Asia. Only 25% of adults regularly use a bank account in Indonesia, so we’ve expanded to covering mobile wallets, e-commerce, telcos, government social security data, which has proven to be very popular.”

Brick’s APIs include Brick Data, Brick Verification and Brick Payments, which can enable an end-to-end process for online loans, including verifying user identity, underwriting and making sure that funds are disbursed into the right bank account.

When TechCrunch first spoke to Brick last year, many of its customers were online lending providers, but it has since expanded into new verticals. Its second most popular vertical are personal financial management apps, where its APIs powers the budgeting function. Its third-largest vertical are bookkeeping and accounting apps used by businesses. Other customers include investment firms, banks and some of Indonesia’s largest conglomerates, including Sinarmas Group and Astra Financial.

The funding fill be used to double down on Brick’s presence in Indonesia and regional expansion. The Philippines was chosen as one of Brick’s next markets because of “the development in open banking,” Tan said. “There are already draft regulations out in the Philippines by regulators, a lot of open banking and open finance-friendly banks,” said Tan.

Singapore was chosen because “regulators have always been a leader in terms of open finance thinking, so that’s helpful, but another big factor is that there are a lot of modern fintech startups there, meaning they are already aware of open finance solutions.”

Other open finance API startups in Southeast Asia include Finverse, Brankas and Finantier.

Tan says Brick’s advantage is “we are by far the market leader in terms of coverage with 25-plus discrete different data connections” in Indonesia.

In an email to TechCrunch, Flourish Ventures global investments advisor Smita Aggarwal said, “Brick plays an important role as a digital conduit that bridges financial institutions, businesses and customers. It allows platforms, apps and fintechs to integrate identity and financial data through simple automated processes. This investment strongly aligns with our greater commitment to a support financial ecosystem that is inclusive and serves everybody.”