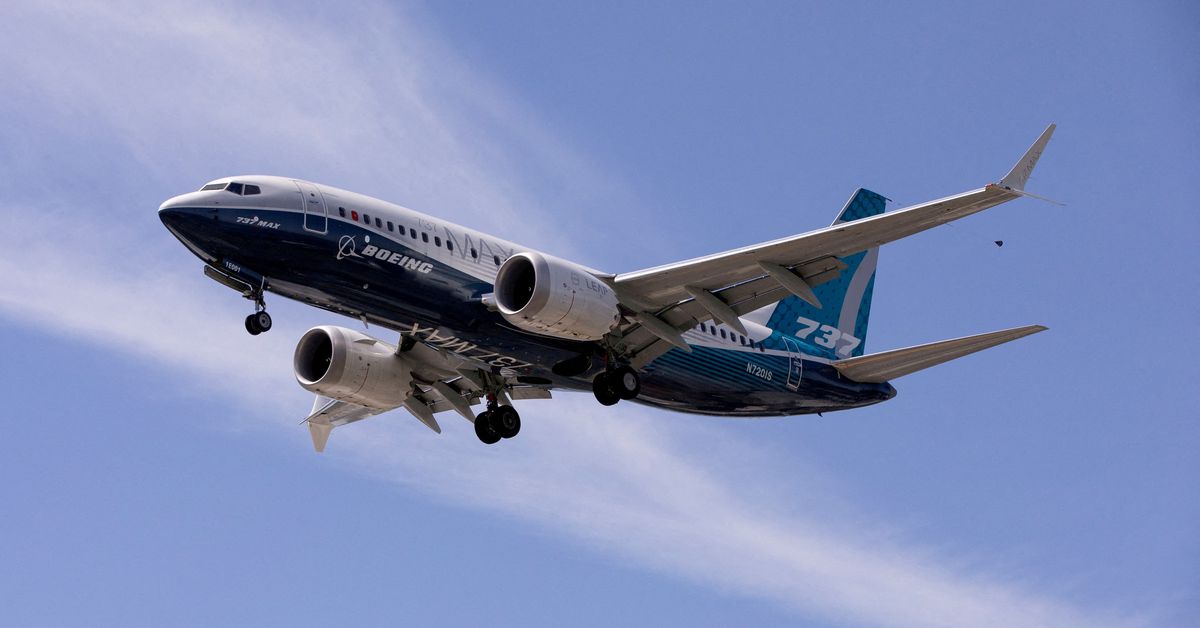 The company and law firm names shown above are generated automatically based on the text of the article. We are improving this feature as we continue to test and develop in beta. We welcome feedback, which you can provide using the feedback tab on the right of the page.

(Reuters) – I don’t know about you, but when appellate judges describe a case as a “puzzle at [the] intersection of state corporation law, federal securities law and federal jurisdiction and venue rules,” my mouth starts watering.

And then when an eminent securities law professor tells me that the appellate court’s split decision in the case is “flat wrong” and “begs for en banc reversal,” well, I just can’t wait to dig right in.

There’s a lot going on in that seemingly straightforward holding. Plaintiffs in the case, represented by Cohen Milstein Sellers & Toll, alleged on behalf of the corporation that Boeing directors violated the Securities and Exchange Act by misrepresenting internal corporate controls that contributed to crucial safety problems with its 737 MAX jets. Board members’ misstatements in proxy filings, the complaint alleged, were a breach of their fiduciary duties to the company.

Boeing said its forum selection clause barred plaintiffs lawyers from filing the suit in federal court in Chicago. But the 7th Circuit majority concluded that enforcement of the forum selection clause would extinguish shareholders’ case because Delaware Chancery Court does not have jurisdiction over Exchange Act claims.

That outcome, wrote Hamilton, would be contrary to both federal securities law and Delaware law and policy. For one thing, the majority said, the Exchange Act includes an anti-waiver provision, which precludes companies from trying to contract their way out of compliance with federal securities laws. For another, Delaware courts’ recent rulings on forum selections provision – 2020’s Salzberg v. Sciabacucchi and 2013’s Boilermakers Local 154 Retirement Fund v. Chevron Corp – “signal clearly that Delaware is not inclined to enable corporations to close the courthouse doors entirely on derivative actions asserting federal claims.”

Delaware gives corporations a lot of leeway to direct where shareholders can sue, Hamilton wrote, “but it respects federal securities law and does not empower corporations to use such techniques to opt out of the Exchange Act.”

Judge Frank Easterbrook’s dissent shows why the majority ruling could be controversial. Easterbrook argued that Hamilton and Wood failed to grapple with the difference between derivative and direct litigation. Boeing’s forum selection clause, which addresses only derivative suits, does not actually deprive shareholders of the right to bring Exchange Act claims directly, Easterbrook said. (In fact, as you probably remember, Boeing shareholders are litigating a securities fraud class action in federal court.) By contrast, Easterbrook said, a derivative suit – even one alleging Exchange Act violations – “arises under state law.”

So, according to his dissent, Boeing’s forum selection clause is enforceable because Delaware Chancery Court can exercise jurisdiction over the derivative suits. “There is no problem with litigating plaintiff’s claim in the courts of Delaware,” Easterbrook said.

A Boeing spokesperson declined to comment. But Stanford Law School professor Joseph Grundfest, a leading proponent of corporate forum selection clauses, told me that Easterbrook got it exactly right. The majority’s acted out of a misplaced concern that enforcement of Boeing’s clause would interfere with the Exchange Act’s anti-waiver provision, Grundfest said. But the real cause of action in a derivative suit is a state law breach-of-duty claim.

“To the extent that the majority opinion suggests that the forum selection clause closes the courthouse doors for federal securities claims by the plaintiffs, it is flat wrong,” Grundfest said. “This case begs for en banc reversal.”

Boeing’s lawyers from Kirkland & Ellis did not see the case as Easterbrook and Grundfest do. They did not argue that Chancery Court could exercise jurisdiction over derivative claims stemming from the Exchange Act. Instead, they conceded that enforcement of the forum selection clause would doom the Cohen Milstein case, but contended that shareholders could nevertheless seek “substantially similar” remedies in Chancery Court under Delaware law. (Boeing settled a separate Chancery Court derivative suit stemming from the 737 MAX crashes last November for $237.5 million.)

The majority said Easterbrook’s assessment of Chancery Court’s potential jurisdiction might be a “reasonable” policy solution, but said there’s no precedent right now to back an interpretation that seems to be at odds with the Exchange Act provision granting exclusive jurisdiction to federal courts.

“In our view, a state court would have to be bold indeed to adopt that solution and to exercise jurisdiction over this derivative claim,” Hamilton wrote.

I asked Gilden specifically to respond to arguments by Easterbrook and Grundfest that Boeing’s forum selection clause does not interfere with shareholders’ rights under the Exchange Act because investors can still bring direct claims in federal court and because Delaware might conceivably exercise jurisdiction over derivative suits arising from alleged violations of federal law. Echoing the majority in Friday’s ruling, Gilden said there’s no case law backing what Hamilton called “the dissent’s novel proposal to send this dispute to state court in Delaware.”

Moreover, she said, direct and derivative suits are not interchangeable. Her case, she said, seeks relief on behalf of the company for board members’ allegedly false statements in proxy filings, which, the complaint contends, led to the re-election of those same directors, the approval of handsome executive compensation and the defeat of a proposal to bifurcate the office of CEO and chair. “As a practical matter, [Grundfest’s] comments ignore that a direct action asserts a different type of claim than a derivative claim,” Gilden said.

It’s going to be interesting to see if Boeing listens to the Stanford professor and asks for en banc review. If so, I have a feeling that the company can count on at least one amicus brief.

Opinions expressed here are those of the author. Reuters News, under the Trust Principles, is committed to integrity, independence and freedom from bias.

Opinions expressed are those of the author. They do not reflect the views of Reuters News, which, under the Trust Principles, is committed to integrity, independence, and freedom from bias.

Alison Frankel has covered high-stakes commercial litigation as a columnist for Reuters since 2011. A Dartmouth college graduate, she has worked as a journalist in New York covering the legal industry and the law for more than three decades. Before joining Reuters, she was a writer and editor at The American Lawyer. Frankel is the author of Double Eagle: The Epic Story of the World’s Most Valuable Coin.