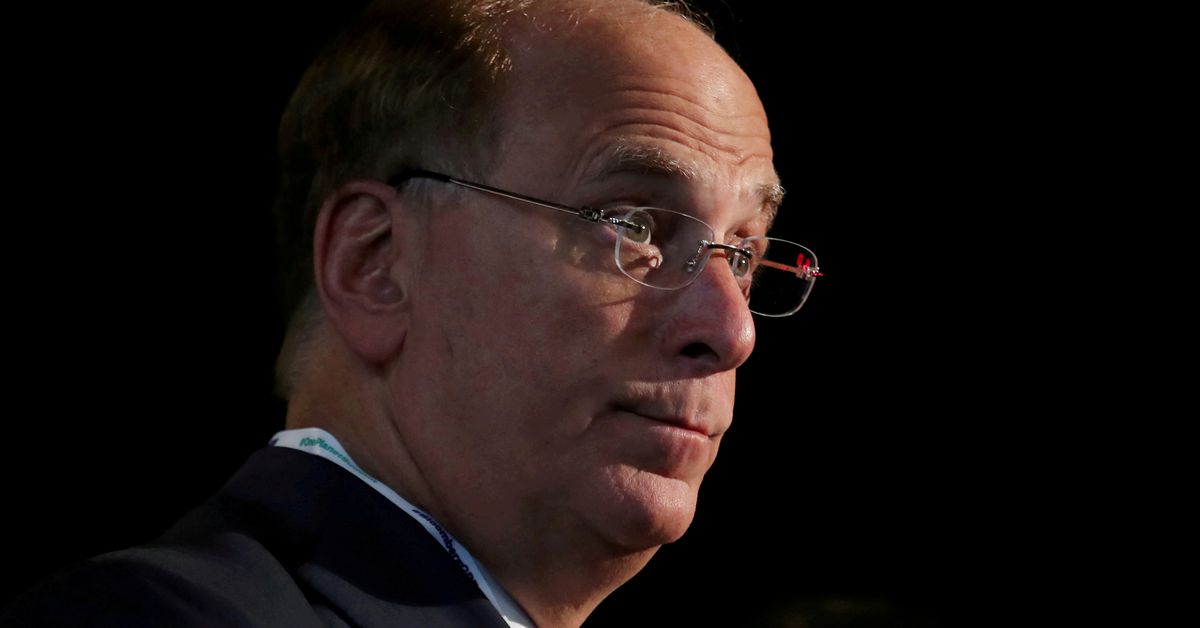 Speaking to The Venice International Conference on Climate at a meeting of G20 Finance Ministers, he said without such a plan, current efforts, including on corporate sustainability disclosures, risked being “nothing more than window dressing”.

Fink, who heads the world’s biggest asset manager, with around $9 trillion in assets, also called for reform of the International Monetary Fund and the World Bank to make them more suited to tackle the challenge of climate change.

Fink, highlighted three “critical” issues needed to power the ecological transition, which he said represented a $50 trillion opportunity for investors. BlackRock itself is a major investor in fossil fuels.

Firstly, he said private companies needed to be under the same pressure to share information on their sustainability efforts as public companies.

Currently, listed oil and gas companies had a “massive incentive” to sell out of more polluting assets, often to private and state-owned companies on which there is less scrutiny and which disclose far less about their operations.

Secondly, Fink said governments risked fuelling inequality unless they created more demand for greener products and services, lowering the cost, or ‘green premium’, that penalises the worse off and could fuel social instability.

Lastly, global institutions such as the World Bank and the IMF needed to be changed so they could do more to encourage private sector capital to help fund the transition in emerging markets.

He noted that the two bodies were created nearly 80 years ago based on a bank balance sheet model and said it was now necessary to “rethink their roles.”

Citing BlackRock’s role in the creation of a $250 million public-private climate finance strategy to help fund sustainable infrastructure, in which government and philanthropic investors provide subordinated capital to protect the returns of private investors, he said more of the same was needed.

“If we don’t have international institutions providing that kind of first-loss position at a greater scale than they do today, properly overseeing these investments, and bringing down the cost of financing and the cost of equity, we’re just not going to be able to attract the private capital necessary for the energy transition in the emerging markets,” he said.

Reporting by Simon Jessop in London and Gavin Jones in Venice; Editing by Christina Fincher and Hugh Lawson