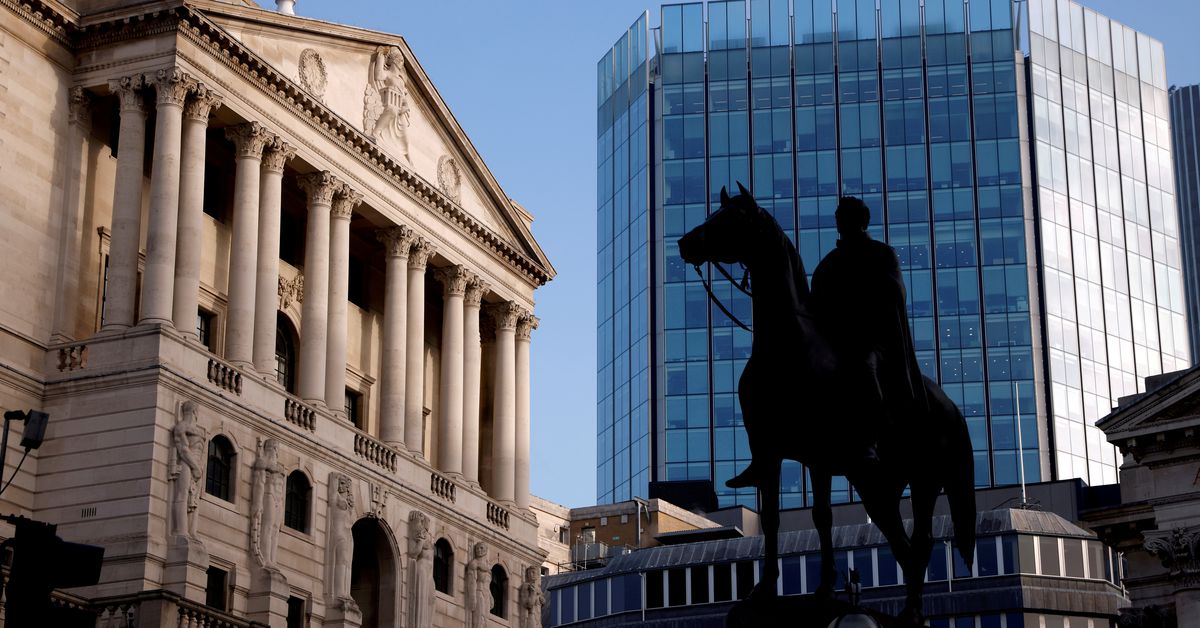 A general view shows The Bank of England in the City of London financial district in London, Britain, November 5, 2020. REUTERS/John Sibley/File Photo

Banks are encouraged to scrap Libor for pricing derivatives contracts from mid-June, Britain’s financial regulators said on Thursday, piling pressure on markets to speed up the long-anticipated demise of the tarnished interest rate benchmark.

Regulators have set a Dec. 31 global deadline for ending the use of the London Interbank Offered Rate or Libor in pricing new contracts such as home loans and credit cards.

Libor is being ditched after banks were fined for trying to rig the rate. It is being replaced in sterling contracts by the Bank of England’s overnight Sonia rate.

The Bank of England and Financial Conduct Authority said in a joint statement on Thursday they “encourage” market participants to use Sonia in sterling denominated derivatives contracts traded on exchanges from June 17.

“This is to facilitate a further shift in market liquidity toward Sonia, bringing benefits for a wide range of users as they move away from Libor,” the regulators said.

“In the period leading up to 17 June, the FCA and Bank of England will engage with market participants to determine whether market conditions allow the switch to proceed smoothly.”